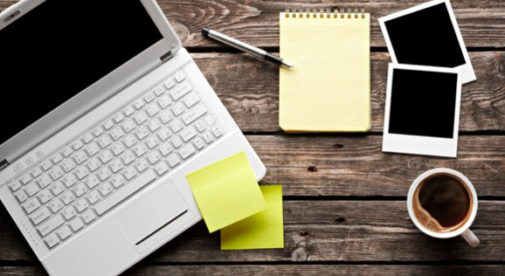 My move overseas felt like less of a choice and more of a compulsion. Being from one of the smallest towns in Canada, moving as far away from there as possible always seemed like the most likely outcome for my life. My hometown of 47 people, on the coast of the Atlantic, didn’t nourish opportunity. But it did compel me toward travel, which is why I booked a one-way flight to South Korea as soon as I could.

For the last three years I’ve lived in Asia teaching English as a Second Language (ESL), starting in a classroom and eventually moving to online teaching.

My life in Asia, which has been comprised of one year in South Korea and two in Vietnam, has allowed me the kind of freedom I dreamed of when I was living back in Canada. As an expat, the work and life balance in Vietnam has provided me a surplus of what I consider to be the most important currency in life: time.

Most full-time ESL jobs in Vietnam consist of approximately 20 hours per week, and you can easily survive on half of that. When I realized that I did not need to trade half of my day to keep a roof over my head, the possibilities became infinite. Meanwhile, the cost of living in Vietnam gives me the kind of freedom that many people in the Western world only dream about.

When I pair the cost of living with my wage as an ESL teacher, which is $22 an hour, and the fact that my job gives me the opportunity to pick my own schedule each week, and work as many or as few hours as I’d like, I find it hard to think about leaving. But my online company allows me to work from anywhere, so it feels like a waste to not follow that freedom to wherever it allows me to go.

As long as I have WiFi and my laptop, I can log in with my students in China—most of whom I see a few times a week—while continuing to travel.

And while most of my evenings are dedicated to my students, who join me after they finish school in China, my mornings and afternoons are left to me, and that is what makes my job and lifestyle so rewarding. It’s given me the freedom to do what I love, which is to write. In the past year and a half, I’ve written an entire first draft of a novel, and am heavily into the edits of what will eventually be a finished manuscript.

My life back in Canada consisted of 46-hour work weeks. I did not have the luxury of time. Here, in Hanoi, Vietnam, it is all I have. And it is up to me what I do with it. I wake each morning and am met with the sounds of barking dogs and motorbikes. On my walk to my go-to café, I greet the same Vietnamese men and women who work and live on my street, who sell fruit from baskets on bicycles and work for the dozens of restaurants, shops, and apartments nearby. They greet me, smile, and call me “em,” which roughly translates to young sibling.

And, in the strangest outcome of all, from my small village on Canada’s east coast to a city of 8 million people in the north of Vietnam, that word and this place feels like home.

7 Steps to Becoming a Digital Nomad