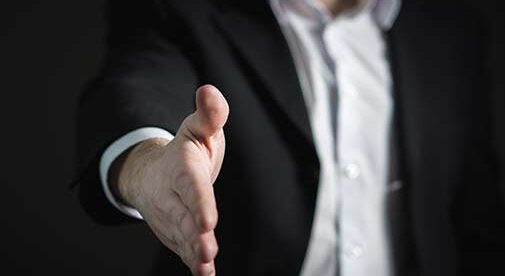 At least, that’s what it brings to mind.

You might recognise the ghost town of Burj Al Babas from the many headlines it generated a couple of years ago.

Burj Al Babas was pitched by the developer as a spa resort, with 732 villas inspired by the Châteaux of the France Loire Valley.

But as you can see, its execution didn’t quiet live up to its promise. Today, it sits unfinished and abandoned…the $200 million punchline of countless online articles.

The ghost town has even become a bizarre attraction for adventurous tourists.

What strikes me about the story of Burj Al Babas is that it was entirely predictable.

You just needed to look at the developer behind it…

The Sarot Group raised a number of red flags from the beginning. They had no track record to show they could deliver such a project, having mostly worked on water and drainage projects. They had no experience in the region. Nor did they have experience within the market they hoped to sell to.

Underfunded and underprepared, they were the definition of fly-by-night developers, hoping to fluff their way to riches during a construction boom.

A real estate deal is only ever as good as the developers and the circumstances behind it.

That’s why my team and I put so much time and effort into assessing the viability and track record of each developer we work with.

For every new deal I bring to Real Estate Trend Alert, there are hundreds more that never made it beyond the due diligence phase. It’s an expensive and time-consuming process, but it’s a necessary one. And, ultimately, our efforts are rewarded in the incredible gains we lock in from securing the right deal, with the right developer, at the right price.

For instance, on Panama’s Riviera Pacifica, RETA members are already sitting on paper gain of $100,000. We worked with a developer with a proven track record of delivering ambitious, high-end projects and it paid off. In 2017 RETA members could buy from $199,000 in The Palms at Playa Caracol and by August 2019 a similar condo farther from the beach listed for $299,000.

Or take a project in Tulum, on the Riviera Maya. RETA members could get in on the Tao Tulum for prices starting from $154,500 in October 2017. I bought along with members and sold my condo last year for $225,000. Last I checked, the premium units in Tao Tulum members could lock down listed for well over $200,000 more than our RETA-only pricing.

Like I say, a deal is only ever as good as the developers behind it…

Today, my senior researcher, Margaret Summerfield explains why assessing the developer is the most important step in any real estate play. She explains what you should look out for and how you can protect yourself.

The supermarket near where I stayed in Cannes had a resident Cassandra.

She was out (whatever the weather) in shorts and tennis shoes, watching people hurry past on their quest for groceries. She passed judgement on some, asked for change from others, chatted with some of the regulars.

I’m not sure how she could tell just by looking that I was a stranger…or why I would be bringing trouble.

Although, when I told my husband, he laughed and said she was spot on.

On that particular occasion, I wasn’t bringing trouble at all. I was just picking up some groceries. For my entire month in Cannes, on France’s iconic Riviera, I felt like a poor relative…the one that can’t afford the Lamborghini, the superyacht, and the top-to-toe Dior outfit. I enjoyed my time there, but I know deep down that I’m just not chic enough to live in Cannes full time.

Cassandra did have a point, though. Strangers often do bring trouble. Especially in the world of real estate.

In a stable and established real estate market, there’s typically a handful of players at the top. Real estate agents that give stellar service and work hard to keep clients happy. Real estate developers that have many years and a strong track record behind them. In both cases, it’s pushed them to the top of the tree.

When a real estate market starts to soar, however, things go topsy turvy.

As prices rocket, it attracts the attention not just of locals but of foreigners, too. Some are buyers. But others are what I call wannabe agents and developers looking to make a fast buck.

In a market that’s booming, it’s all too easy to sell. Buyers don’t take long making their mind up, afraid they’ll miss out. Investors will often buy anything, just to get a foot in the market. They’re easy pickings for anyone unscrupulous.

I’ve seen real estate agents move from Dubai to Spain to Panama…swooping in, making a killing…and then moving on when things come on top. They have no local connections. No local knowledge or in-depth market experience. I’ve listened to them laugh about the mistakes they made—mistakes that cost their clients a pretty penny—because they were such rookies.

What they were good at was swish marketing, a slick patter and an online presence that made them seem like the crème de la crème…

In one town in Nicaragua I first visited back in 2007, it was awash with real estate offices. Americans, Europeans, Latins…everyone and anyone, promising to help you find a second home, an investment property, whatever you wanted. Less than a decade later, they were all gone. Some had left a trail of unhappy clients in their wake. The few agents that remained were local or had strong local ties. As one told me: “I can’t do anything wrong. My wife (a local) would kill me if I dishonored the family name.”

I’ve also seen foreign developers move into booming markets. I’ve seen many of them fail. With zero local experience they often fall back on what they built back home—even if the local market doesn’t want it. They get bogged down in red tape, permitting…not easy in a foreign language. They fall prey to unscrupulous sellers who take advantage of their gullibility, selling them land that isn’t titled, land that can’t be built on. Many just don’t have the financial capacity to develop and build and can’t get a credit line from a local bank.

I’ve come across countless “wannabe” developers, mostly foreign, who’ve pitched me an ambitious vision or idea for a project—that never gets off the drawing board. In some cases, they’ve already pre-sold to buyers. When the buyers start to get agitated at the lack of progress, these developers often do a bunk, leaving their troubles behind them.

The biggest mistake that buyers make in all this is thinking that a foreigner, especially one from their own home country, is more trustworthy than a local in overseas markets. That’s just not true.

So, strangers can bring trouble. How do you protect yourself?

With developers, look for one with a long, and good, track record in the country you’re buying in. It’s better if they’re experienced in the particular city or neighborhood and type of product (condo or house) that you’re buying. Developers admit that they learn as they go along, building up a formula for success. Established developers are more clued up on costs and timeframes. And have the right connections to get things done, like permits or paperwork. Ask if they’re a member of the local developer association or chamber of commerce. Go and look at homes or communities they’ve already built to see if the standard is good. Get written recommendations from their buyers.

With real estate agents, check if they need a license in the country and region they’re operating in. If they do, make sure they have it. Even in locations where a license isn’t needed, there’s usually a local regulatory or governing body they should be a member of. Ask how long they’ve lived in that country, how much experience they have of the local real estate market, how long they’ve worked in real estate anywhere. Again, ask for written recommendations from their customers.

Mark says: Merida, Mexico!!! We’re (me and wife) going in early June to visit and get a feel for the town. We love the affordable homes and being close to the beach. We hear Merida is extremely safe, friendly, and clean. Any tips…and thanks for all your knowledge.

It gives you the best of both worlds. A beach on your doorstep and the stunning Spanish colonial city of Merida just a short drive away. I’m close to finalizing a new deal there and hope to have it in front of RETA members in a few months. Stay tuned…

Donna says: Ronan, I love reading your articles. I have mental plans to retire abroad. The past year or more I have felt that I was very ready to make the transition, but, with the lack of travel, all was put on hold. I am not doing it as an investment but would like there to be appreciation when and if I would sell.

I now live in the desert and love the warmth but want a more moderate climate for my move. I think that Portugal is at the top of my list, but I want to rent there for several months and travel around to find what suits me best. You have provided some wonderful information that I am not able to gather on my own at this time. Thank you for helping those of us who at this time are not traveling to do our own research. You have brought up many things that someone making this type of a move need to know.

Ronan says: Hi Donna. I too prefer a more moderate climate, which was one of the primary reasons I chose a base on Portugal’s Silver Coast. The Algarve makes a much stronger investment case, but it gets too hot for me in the summer. Having said that, the perfect climate is relative. If you’re coming from a desert climate, the Algarve might be ideal for you.

In just a few weeks’ time I’ll have boots on the ground in Portugal and I’ll be sharing any new discoveries with RETA members. So stay tuned. 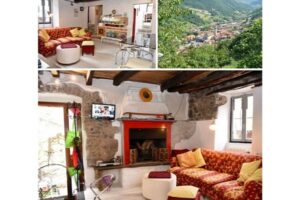 Located in the village of Adrara San Rocco, in the mountains of Lombardy, is this two-bed, two-bath home. It features a small kitchen and an open-plan dining/living area. The house retains some of its original features, like exposed beams, parquet floorings, and walls made from local stone. There is also a separate small building which could be converted into additional living space. This is the perfect location for nature lovers…there are hiking trails in the area and Lake Iseo, the third largest lake in Lombardy, is nearby. ⁠⁠

Remember, we don’t make money from any listing shared here in the Your Daily Dream Home section. We have no dog in the fight. We’re just sharing cool properties we’ve found.
I haven’t visited this property or done due diligence on it. If you’re interested in the listing, you should hire an attorney and do your own due diligence.

You Need to Pay Attention to This Algarve Beach Town