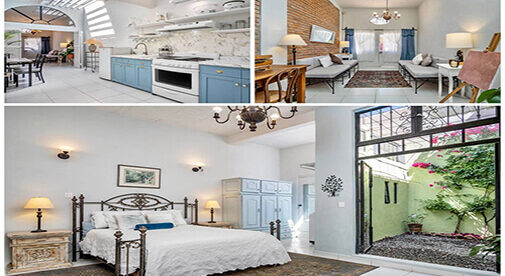 Mexico has a location for every taste.

Mexico is one of the most popular expat destinations in the world. Due to its large size (it’s about three times the size of Texas), it has a location for every taste.

World class cities…rural villages…funky beach towns…charming colonial spots. You can enjoy heat, humidity, and sea breezes on the coast. Temperate climates in the Colonial Highlands… the dry heat of Los Cabos… or the southern California “perfect” climate of northern Baja.

And when it comes to cheap homes, you can find a condo or villa on the beach, a home high in the cool mountains…or a getaway pad in one of the country’s bustling cities to suit your budget.

Check out what my research team found in three locations around Mexico…in a big city, by the sea, and in the colonial highlands. 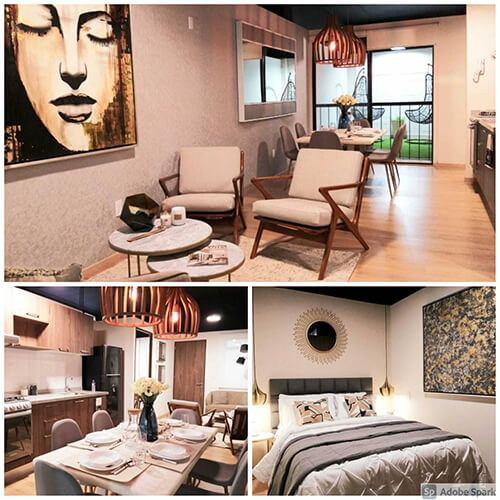 Once a place to be avoided, Mexico City has, in recent years, become one of the hottest city destinations in the world. A sprawling metropolis of 20 million people, it offers arts and culture, a stellar dining scene, beautiful architecture, and more. Public parks have been revamped, the culinary scene is exploding, and the city’s long history will take you from the pre-Hispanic era through the post-colonial, and right into the modern contemporary city it’s become.

In the northwestern section of the city, in the neighborhood of Azcapotzalco, is this 2-bed, 1-bath apartment. It has an open-plan kitchen/living/dining area and the building has a gym and a common room. There is a market a short walk away as is the metro which will take you anywhere in the city you want to go. 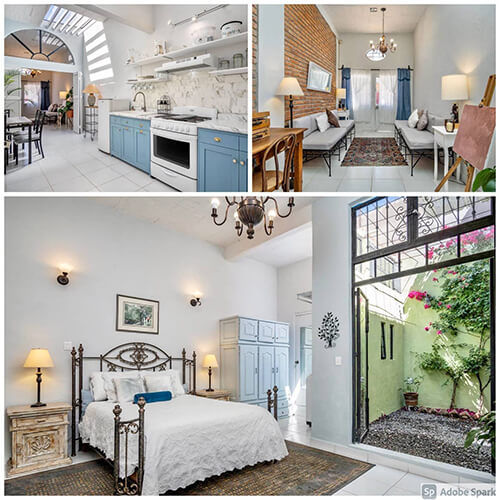 A perfect-weather escape in the colonial highlands of Mexico, the charming colonial city of San Miguel de Allende has drawn artists, poets, and expats for decades. Its cobblestone streets and colorful houses, winding alleys and art galleries, have also charmed tens of thousands of expats to permanently relocate there. Locals say that the city is built on a bedrock of rose quartz. That’s why it’s got such a magical appeal, they tell you, and why so many folks feel drawn to it.

Just an 8-minute drive to the center of San Miguel is this beautiful, recently renovated, 1-bed, 1-bath casita. It also has a fully fitted kitchen, a living room, a laundry room, and a patio area outside. There is a second level that could be converted into another bedroom or an office. 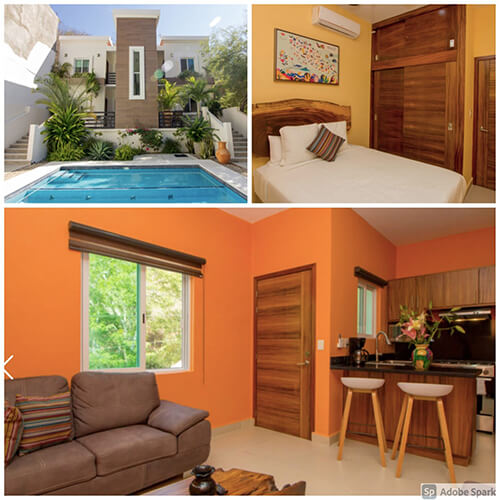 Huatulco is a beach community in the far south of Mexico on the Pacific coast. Like the better-known Cancún, it was purposely developed by FONATUR, the Mexican government’s tourism authority, as a vacation destination. Known for its 36 beaches (some reachable only by boat) and nine bays, the area around Huatulco is a dramatic landscape of verdant mountains and blue ocean.

Walking distance to Santa Cruz beach is this 2-bed, 1-bath condo. It has a kitchen with a breakfast bar and an open-plan living room. In a building with 4 condos, you’ll have access to the shared pool and green spaces. As well as being close to the beach, the national park is also nearby.

Mexico Country Guide: Everything You Need to Know

Island Living at its Finest on Mexico’s Isla Mujeres