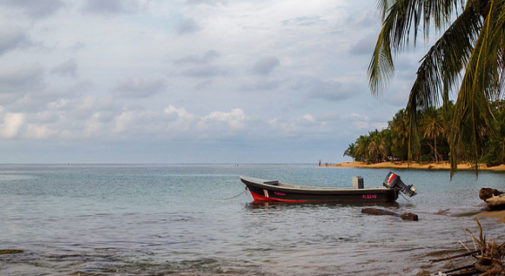 My wife, Suzan Haskins, and I were married in Costa Rica 14 years ago and have been back for business and pleasure almost every year since.

We also lived in Panama in 2006 and, like Costa Rica, have returned nearly every year for International Living events, editorial trips, and vacations.

So it is inevitable that IL readers, subscribers, and event attendees ask…and ask often…which country we prefer.

That’s when we give our “Blunt Instrument” answer.

Trying to compare the relative merits of entire countries as expat destinations is kind of like cracking peanuts with a baseball bat.

You can do it, but the results aren’t the most useful or easy to digest.

Of course, there are some obvious, overarching differences that you can swing a bat at.

Panama’s official currency is the U.S. dollar and it has had a significant expat population for more than 100 years thanks to the Panama Canal.

Costa Rica has no standing army and has a clear national policy of promoting environmental awareness and tourism.

Both countries have Pacific and Caribbean coastlines. Both have towns ranging from large metropolitan shopping and entertainment meccas to tiny upland and seaside villages. Both have cooler highland destinations and tropical coastal spots where you’ll find concentrations of expats.

But which country is better?

Time to put down the bat. You need a finer tool for teasing out the particular differences between, say, the beach community of Coronado in Panama and the beach community of Jaco in Costa Rica—or between the cool uplands of Panama’s popular expat destination of Boquete or Volcan and the cool uplands of Costa Rica’s popular expat destination of San Ramon or the Arenal area.

What is that finer tool? Most often, it’s the particular likes and dislikes of the person asking the question in the first place.

It usually goes something like this. Someone asks: “So which is better, Panama or Costa Rica?”

We answer: “Are you looking for beach, highland, city, or country? Is cost of living incredibly important to you or not so much? Is proximity to the best health care a deal breaker, or does it matter to you at this point? Do you care how many other expats you have around, or do you never want to see another gringo again? How long a drive do you want to make to get a flight out?”

And that’s when people start clarifying their own goals and refining their own perspective of what they’re really looking for in a retirement or second home destination.

They put down the “Panama vs. Costa Rica” bat and pick up the magnifying glass of Grecia vs. El Valle or Panama City vs. San Jose and even individual neighborhoods like Marbella vs. Santa Ana.

View all these places from 50,000 feet and you can’t tell them apart… From that high up they’re all just Panama or Costa Rica. But dial in and get your boots on the ground and you’ll see the differences and similarities that become significant to you personally.

By all means take a swing at “Panama vs. Costa Rica”—but be ready to trade the bat for a magnifying glass as soon as you figure out exactly what kind of weather, scenery, population, infrastructure, cost of living, and real estate prices make up your ideal location.

There are specific places in both countries that tick most of our boxes and where Suzan and I could happily live. But to be honest, as the years go by it matters less and less to us what country these specific locations are in.

Fortunately, Panama and Costa Rica both fit the bill nicely, which means Suzan and I don’t have to have a favorite…we can love them both.