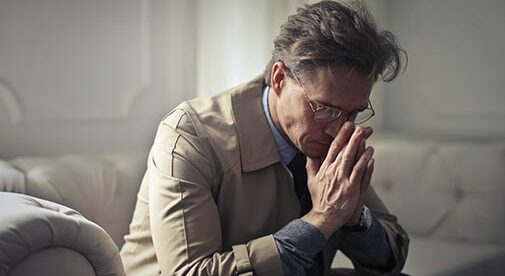 It’s been a crazy week. This election saw the biggest turnout rate in over a century and we still don’t have a declared winner.

But I’m not here to analyze the results. The last thing you need is another political commentator…

The best thing I can do for you now is help you build a secure financial future so that no matter how things play out in the U.S….no matter who is in charge or which way the stock market moves…you can still retire rich and create a life of ease, travel, fun, and adventure.

While the rest of the world was glued to the news feed, I’ve been fleshing out the final details on an incredible new opportunity for members of my Real Estate Trend Alert group.

You might be familiar with the common saying in real estate investing, “You make your money when you buy, not when you sell.” Well, in reality, you can set the groundwork for making money even long before you buy.

The thing is, for months or even years before I send details of a RETA-only deal to members, I’ve been researching…putting boots on the ground…and meeting high-level contacts in the destinations where I feel there could be a hot opportunity.

There’s a whole world of real estate out there, but most of it doesn’t stack up when it comes to turning a profit.

I’m in the business of identifying the trends, market forces, and early-in opportunities that drive real estate markets…and give us strong returns.

Way before I ever send RETA members details of a deal, I identify a “big idea” that will lead to profit. By “big idea,” I mean the strategy, market quirk, or trend that’s underpinning a profit opportunity. By doing that, I can pinpoint the places where we can buy low in a market that’s set to take off.

For a deal to cut RETA muster, it needs to have the potential to double your money within five years. And that kind of potential simply can’t be found without a lot of groundwork.

Today, I want to bring you behind the scenes and show you what it really takes to find amazing deals.

So, I’m giving you this brief report to step it out for you…click the link below to start reading…

***Roadmap of a RETA Deal: The Easiest Way to Get in on Profitable Real Estate***

In this report, I walk you through how a RETA deal works, step by step…from the day I find an opportunity to the moment you can become the proud owner…

I’m writing to you from my condo in the Copala community here in Cabo san Lucas. I spend a few months a year here, living beachside, next to some of the most incredible golf courses in the world.

I bought here as part of a RETA-only deal in 2015 along with fellow members. Our RETA-only price for luxury condos in the Copala community was just $336,156. And we’re already sitting on six-figure paper gains.

Elsewhere on my beat, I just got word of a $50,000 uplift on a RETA deal that members got in on just eight months ago.

With RETA‘s group buying power, we can lock in gains from the very start, buying at prices well below what the public see.

But, like I say, these deals don’t happen overnight. It’s a lengthy process that I undertake on members’ behalf.

Question from Garth: I tried my hand at the penthouse fire sale condo in Casares, Spain. That did not work out because I’m 61 years old and the banks would only give me a nine-year amortized loan, which makes the payments too high. Outrageous! That would be illegal in the U.S.

Now, I’d like to try my hand with one of the five condos with 100% bank financing in Algarve, Portugal. However, I am concerned that I would run into the same age discrimination challenge.

What’s a 61-year-old investor to do? I’ve contacted the mortgage broker you recommended, asking if the banks would consider a 30-year amortized loan but with a balloon payment due in five or 10 years to try and get around the age issue. Still waiting to hear back from her.

Ronan says: Hi Garth. In Portugal, the term can extend to your 80th birthday. If any RETA contact is slow to respond, please let your RETA concierge, Nancy, know. You can email her at [email protected] She will help out. Just be wary that often times an email can go to spam on either end. Nancy is there to help you navigate the process.

How to Profit From New Short-Term Rental Demand