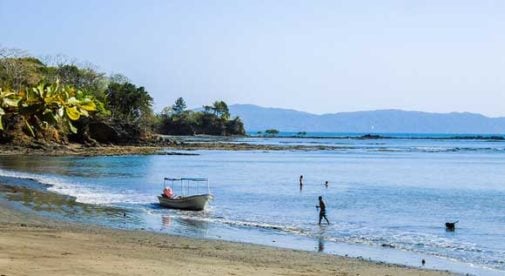 I’ve interviewed a lot of expats over the years, and no matter what that interview is about, I try to ask one important question.

If you knew then what you know now, what would you do differently?

The answers are a treasure trove of advice on what to avoid when planning and executing your plan to move abroad. And there are a couple of common themes worth mentioning.

1. Try before you buy…and not just a “vacation” try.

Research is incredibly important in planning a move abroad, and I’ve talked to some expert researchers who used every resource at their disposal before pulling the trigger on their own moves…only to realize they didn’t like the place once they got on the ground.

That’s why when my wife, Suzan, and I talk to someone that’s thinking about moving to a particular place overseas, we always ask, “Have you actually been there? How long did you stay?” Because all the research in the world can’t tell you if you’ll truly like the place itself once you’re there permanently. It has a lot to do with your senses…sight, smell, taste, etc.

No matter how much research you do, if you find yourself turned off by the smells or the noises or the local food selections, nothing else will make you happy.

The same principle of starting a business applies to becoming an expat…make sure you have sufficient capital to get through the start-up stage.

It is definitely possible to live on much, much less in the right place overseas than you do back home without giving up quality of life. But that doesn’t mean you can get off the plane and immediately cut your budget in half. You will need enough financial cushion for rental deposits or the fees for your first real estate purchase. You may need household goods (many rentals outside the U.S. come furnished—but not all of them). You may need the cash for legal fees to get your visa work done. Will you have to buy a car? How much will it cost to go back home in the first year if you need to for family, financial, or legal reasons?

Planning ahead for these and other unexpected expenses will make sure you’re not caught short at a critical point in your move.

3. Learn at least some of the language.

Even the expats I’ve interviewed who said they don’t really need anything but English to get by say they wish they’d learned more Spanish/Portuguese/French/Whatever before they moved. Those expats who had some foreign language skills when they moved almost universally wish they had more. Because getting by in English is possible almost everywhere now…but that’s all you do. Get by.

Without knowing at least some of the local language, you’ll miss a whole world of social and cultural interactions with the people of your new home. And you’re moving abroad precisely for the new culture and adventure, right?

4. Relax and remain flexible. The rest of the world is not North America “Light.”

Most of the expats I interviewed knew they were moving to different countries with different cultures, economies, laws, and customs. But oddly enough, some were still surprised when they got on the ground and found out that things weren’t done the way they were back home.

The rest of the world is not the U.S. and Canada at half the cost. Some things will actually cost more outside the U.S., like imported goods. Like the brands you’re used to in North America. Like cars. Like electronics. Like peanut butter.

When you go to get your visa or driver’s license or local government ID, you’ll probably be waiting in line with everybody else. Probably a long line. Probably for a long time. Probably without any clear signage to tell you which line you’re actually in. And after standing in that line, the office may close before you get to the desk or window. Throwing a temper tantrum won’t help. (But here’s a tip: A friendly smile will get you far.)

Bureaucracy is bureaucracy no matter where you are in the world, but in the rest of the world it can be even worse…and in a foreign language. Relax and get used to it, and find out how the locals deal with it, because that’s how you will have to deal with it, too. Because it’s their country, and that’s how they do it, and it’s not any worse or better than how you did it back home. It’s just different.

There are more of these “if I knew then what I know now” ideas, and they form the major topics of conversation in restaurants and bars and dinner parties wherever expats gather. But I’ve found that the more prepared and well-researched an expat was when they moved, the more they laugh about these things now instead of being angry or frustrated. Because they know that dealing with the new and confusing and unfamiliar is a big part of why they became expats in the first place.

It’s part of the adventure.