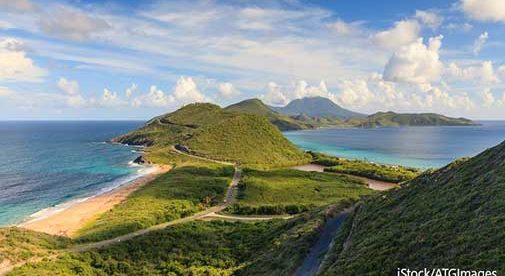 As a travel writer specializing in island life, my vocabulary has grown to the point where I now speak fluent Caribbean. You won’t find this language listed on official documents or taught at major universities. It’s a language that becomes easier to pronounce after numerous rum cocktails. It’s used to navigate roads with no street signs and to describe expats decked out in a flip-flop wardrobe.

I didn’t have a clue this life or language existed when I was a Minneapolis-based recruiter in the fields of architecture and engineering. Since chucking my mittens and escaping Minnesota’s frozen winters in favor of a balmy Caribbean workplace, I’m regularly amazed by new writing experiences that are drenched in island nuances.

At last count, I’ve written articles on 25 different Caribbean islands. Each island includes its own unique flora and fauna. In fact, you’re never too far away from a furry or feathered friend. Here are a few of my favorite encounters—and favorite islands.

Tiny, three-mile-long Harbour Island in the Bahamas is home to more billionaires per capita than any place in the world. Due to Harbour Island’s famed Pink Sand Beach, magazine photoshoots are commonplace. This means you could be rubbing elbows with a super model on your way to the grocery store, while at the same time, dodging chickens and roosters on main street.

Providenciales in the Turks and Caicos Islands

As part of a press trip on the island of Providenciales in the Turks and Caicos Islands, I had the pleasure of sailing on a 77-foot rumrunner. As we approached a private island called Pine Cay, our captain said that on every sail something magical happens.

As if on cue, JoJo, Turks and Caicos’ famous people-friendly bottlenose dolphin, appeared on the starboard side of the boat. JoJo is known for swimming solo, but on this day a second dolphin appeared. The captain exclaimed, “JoJo’s got a girlfriend.” Romance amongst dolphins is about as good as it gets in the Caribbean.

The island of Nevis sports a population of about 11,000 people. What’s interesting is the number of vervet monkeys on the island has grown to the point that these green-tinted scavengers nearly outnumber the natives.

While playing 18 holes on the island’s only golf course, I was pelted in the back of the head with a mango. I whirled around to see a vervet monkey perched in a tree with an expressionless poker face. During the same round, a stray dog, whom the golf professional dubbed Coco, galloped up to my second shot on the third hole. Coco must have had a soft spot in his heart for mediocre golfers because he followed me until I drained my final putt on the 18th green.

On the island of St. John, donkeys roam freely along the sides of the road. The donkeys appear conditioned to know that if the driver pulls over to take a photograph, there’s a good chance they may also have food to spare.

When my wife and I stopped to shoot a handful of photos, two of the creatures ambled close to our rental car to see if we would also serve lunch. As we took pictures and laughed at how unfazed the donkeys were by tourists, I was unaware that a third donkey was edging up from behind us on the driver’s side of the car. My car window was down low enough for the stray donkey to snort hot breath on my left ear. This made me scream like a small child while honking the horn at the same time. Yes, this St. John donkey made an ass out of me.

I don’t know if my next island will include roosters, dolphins, monkeys, or donkeys. But, to paraphrase the captain of the rumrunner, something magical happens every time.