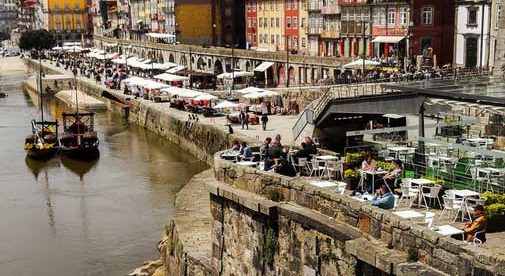 Portugal first took my husband, Keith, and I into her warm embrace when we visited in 2002. On that vacation overseas, we fell in love with the country’s people, architecture, topography, and relaxed way of life.

Yet when down the line we began to think about leaving the U.S., a different country was first on our list. Keith had been an International Living Magazine subscriber for years, and his curiosity was piqued by Ecuador. He spent about a week there, and while he found the country had much to offer, he also felt we were better suited for a European lifestyle.

We first considered France. We’d visited frequently over the years, I speak the language, and other attractions include the daily availability of ripe brie, warm baguettes, and fine bottles of Pinot Noir.

We also thought of sunny Spain, land of Antoni Gaudí, flamenco dancing, and paella. The climate is wonderful, and the cost of living quite reasonable.

But then we hit on Portugal, the country of my husband’s heritage. The process of getting both a long-term visa and subsequent residence application was simple enough, and not expensive.

We remembered the folks we’d rented the place from back in 2002. Their quinta (country estate), situated in the north of the country close to Porto and Braga, offered a number of different houses at varying prices. We had been in touch with the family periodically over the years, and when we contacted them to say we were planning to relocate, everything began to fall into place.

IL wisely recommends renting before buying in a foreign country. We took this advice. We rented close to the northern border with Spain. Then, moving toward the center, we tasted truly rural Portugal, surrounded by olive trees, vineyards, blackberry bushes, and flocks of sheep.

Next, we made a transition to the Lisbon district, close to surfing meccas. It was at this point—after about three years of living in Portugal—that we arranged to have our personal belongings, which were still in storage in the States, shipped to us.

That dramatic step made us feel surer than ever that we were here to stay. A year later, we began to seriously search for property. Today we own our own home and a little land where we have fruit trees and a small vineyard, in the central region of the country, because we found our money stretched much further here than in trendy beach communities, the capital of Lisbon, or the “second city” of Porto.

We’re now able to apply for citizenship. The good news? We found a great lawyer to help us. The not so good news? Now that so many others are also discovering the charms of Portugal, the expected wait time has gone from about six months to a year-and-a-half. But there’s more good news: There’s no better place to spend that time than Portugal.

10 Things to do in Portugal