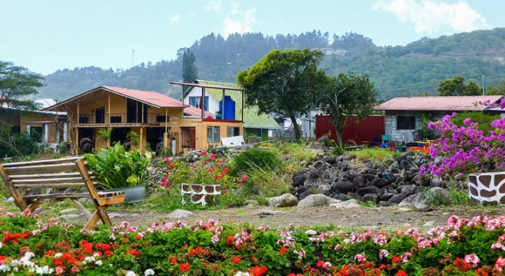 A good friend emailed me the other day to say he was disappointed in me.

He’d just visited a Latin American city and had fallen in love with it. He went on for several paragraphs about how it reminded him, not only of one of his favorite mountain towns in Italy, but also of one of the Paris neighborhoods he loves the best.

And finally, “Why have you never written about this place? It’s an incredible city!”

The fact is that International Living has written about this city before, and a long-time IL correspondent actually lives there. But the name of this particular city doesn’t really matter…because Latin America is full of such cities, towns, and villages…from the northern border of Mexico to the southern tip of Argentina and Chile.

And people write me all the time to tell me that they’ve just “discovered” the perfect one…and wondering why I haven’t told the world about it.

The thing about all these towns and cities is that falling in love with them is a very personal, subjective experience. That’s because the cities and towns are themselves unique…there is no such thing as the “perfect” spot for a North American expat.

Ask someone who’s fallen in love with Puerto Vallarta, and they’ll tell you that San Miguel de Allende just doesn’t have what it takes. Ask someone who’s heart has been stolen by Boquete, and they’ll just shake their head when you suggest that Arenal might be its equal. Suggest to someone enthralled by Quito that Buenos Aires is a better city to settle in and you’re likely to start an argument.

Mexico City, Chapala, Medellín, Merida, Granada, San Juan del Sur, Jaco, David, Panama City, Montevideo…each town and city has its own character, and each expat that falls in love with that character does so for their own reasons. And often those reasons are a complete mystery to their friends and family. I’ve seen long-time residents of beautiful South American towns brought close to tears when their guests from back home admit that they “just don’t get it.”

It’s no understatement to say that certain people fall in love with certain places. Expats who fall head over heels for a particular city will brook no insult to their adopted metropolis, even if their friends tell them that their love is blind.

You know it when you feel it, and my friend felt it in the city he fell in love with. I wholeheartedly agreed with him that his new love was true…in fact, I agree in most of these cases. Because love is something you can’t second guess, even if no one else gets it. Right or wrong, you follow your heart, and I’ve seen hundreds of expat hearts stolen by extraordinarily beautiful and historic Latin American cities, towns, and villages.

Every expat who has lost his or her heart to a particular place knows that their place is the best. And every expat is right.