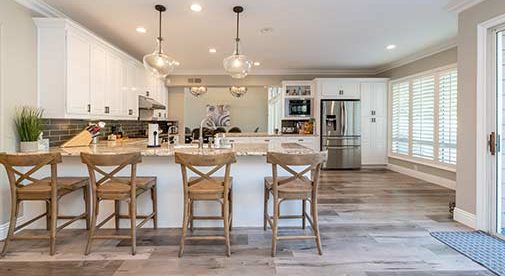 My phone is on the coffee table beside my laptop. I’m standing by my espresso machine looking out at the blue sky above the ocean.

I’ll have a coffee before diving back in.

Scroll, scroll…details of deals. Proposed pricing…requests to talk…to meet…to get my boots on the ground at some potential opportunity. Suggestions of regions to scout…towns to explore…

Thousands upon thousands of possible deals for members of Real Estate Trend Alert. Millions of dollars spent on travel and research.

And vast, untold numbers of messages…

The truth is, I’ve got a thorough filtering system. I’m only ever looking for projects with very special attributes. Closest to the beach, best amenities, landmark design.

And then…I want only a best-in-class developer. Someone with an impeccable track record. I like developers who have been around a while, for example, if they survived the 2008/09 crisis and came out stronger and smarter.

Only Do Business With the Best

Here’s a taste of the things I look for in a developer:

And that’s just the start…then there’s the reams of paperwork…are the permits there? If not, when will they be?

And if things still look promising it’s time to talk numbers. We need a special members-only deal that includes pre-launch pricing at a big discount to what the local market pays.

Because of the combined group-buying power of all Real Estate Trend Alert members, I’m able to negotiate serious discounts on retail pricing, like 10%, 20%, even 30% off, and more.

An off-market RETA-only deal must see us paying much less than anyone else, which means we’re locking in significant gains from the get-go.

By off-market I mean that we’re buying way in advance of the developer’s official wide-scale retail launch. Oftentimes you’ll find that local brokers and insiders aren’t even aware that RETA members are getting a deal, and when they find out they don’t believe the RETA-only price.

This has just happened in fact…

Last Thursday I opened an incredible RETA-only deal in Playa del Carmen. And if you are one of the RETA members who reserved a condo in Sunrise at Corasol then a big congratulations.

It is a truly incredible deal.

Walk into any real estate agent in Playa del Carmen tomorrow and tell them you got a two-bed condo of over 1,000 square feet for $192,800 at the heart of master-planned Corasol and—if they haven’t already heard about our RETA deal—they won’t believe you.

If they have heard about our RETA deal, well, they still won’t believe you. Or else they will have a lot of questions for you…

“What is RETA? Who are these guys? How the hell did they get a deal like that?”

These local agents like to think they are the insiders. It’s understandable that news we’ve bought up luxury condos in a stunning community before they even got wind of it alarms them…

After all…no one else is, just RETA members.

What’s so great about a master-planned community?

These communities have their own internal rules and regulations, in addition to any local planning and zoning laws. They often have recreational amenities, too—golf courses, beach clubs, restaurants, gyms, jogging trails. A master-planned community is initially controlled by the real estate developer, but, once it is established, control is handed to the homeowners.

If there’s one way to protect the value of your home…and save your sanity…it’s buying in a master-planned community.

And what about the developer of Sunrise at Corasol? Let’s remember those things I look for in a developer…

The developer behind Sunrise at Corasol is a family-run business who have been around for over 30 years.

Just looking at the plans of Sunrise, where RETA have their opportunity to buy from just $192,800, you can see how the developer goes above and beyond. Their track record shows a methodical approach to innovation and creative design.

The guys we are dealing with at Sunrise have been partners of Walmart for almost their entire 30 years. And if you can stay ahead of Walmart and do business with them for that long then you know the value of delivering over and above what you’ve promised.

Like I say, the developer behind our latest RETA-only deal has been successfully doing business for over three decades. They have seen more than one crisis and navigated them all.

And to successfully do business with Walmart for that long is commendable. Walmart are the kind of outfit that could tear you up in a deal. But Walmart know a land-buying specialist when they find one…

The developer at Sunrise knows the value of sales momentum which is why he and his group are smart enough to do a deal with RETA. They appreciate what our group brings to the table in terms of buying power and they are giving us our phenomenal price and exclusive financing to get it.

At Sunrise, the developer prioritized space, amenities, and liveability. The RETA-only price of $192,800 gets members a luxurious two-bed condo with a spacious terrace. We’re talking 889 square feet internal and 193.75 square feet external. That’s a lot of room for friends, barbecues, family get-togethers…reclining with a glass of wine and a book…

Plans call for three pools at Sunrise amid 2 acres of gardens. A state-of-the-art gym, community spa, tennis or basketball courts…there are plans for dedicated yoga and meditation space and co-working space too.

Like I say, longevity is everything in this industry. The developer at Sunrise has 30 years real estate development experience in the area, plus a personal passion for creating world class golf communities—including his own super exclusive golf community in his home town of Puebla.

Get a 50% Discount on a Dream Property