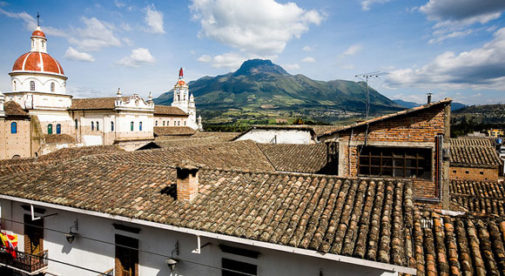 My wife, Suzan, and I have lived abroad for almost 14 years, and we’ve had several foreign bank accounts.

I wasn’t allowed to write checks on any of them.

Not that foreign banks don’t allow check writing—they have all the same services U.S. banks do. But the banks we dealt with in Latin America all seem to be much more serious about signatures than our banks in the U.S.

They actually compared my signature on checks to the signature I provided when we opened the accounts. And since I seem to be incapable of signing my name exactly the same way twice, the checks I wrote were often returned.

After that happened a few times, Suzan was the one who wouldn’t allow me to write checks.

That’s just one of the ways foreign banks differ from banks in the U.S., and if you know how to sign your name properly, it isn’t a deal breaker.

Deposits in foreign banks are often insured as well in varying amounts, but much the same way as the FDIC insures domestic accounts. (This isn’t true everywhere, it varies from country to country and bank to bank.)

That variation from bank to bank is another difference between foreign and domestic banks. At one point in our overseas adventure we moved from one city in Mexico to another. We stopped in the branch of the bank in our new town only to discover that it was a completely separate operation…no records or accounts were shared between the branches. They were the same bank only as far as the name above the door. We had to close our old account in our former city and start new ones in our new town.

If we knew then what we know now, we would have asked our personal banker in our old town about the relationship between different branches of the same bank. And that’s another unique feature of many foreign banks…they are based on personal relationships. When we lived in Panama, we were interviewed by a banker before we were accepted as clients. And that guy became our liaison for almost every bit of business we did with that bank.

In this respect, Latin American banks resemble Latin American society as a whole. Personal relationships are extremely important in both doing business and banking. Having a cordial relationship with a real person at your bank is by far the easiest and most dependable way to get things done. This is something that has been lost in the U.S. with ATMs and online banks and brokerages. The U.S. has been trying for years to remove humans from the banking process. In our experience, humans are still very much in charge of Latin American banks.

And yes, the banks in Latin America have web pages that are as advanced as any online bank in the U.S., but those personal relationships are still an integral part of the banking process.

And yes, there are also ATMs throughout Latin America. In fact, ATMs are so common that Suzan and I no longer have a foreign bank account. We don’t have enough bills or automatic deposits…and we travel too much…to make having a foreign bank account worthwhile. We can get enough cash to run our day-to-day lives from ATMs that access our U.S. accounts anywhere in the world we happen to be.

But if we did want a banking relationship, we could certainly get one. In fact, even in our little village of Cotacachi, Ecuador, we’d have our choice of three bank branches.

I just wouldn’t be allowed to write checks at any of them.

Editor’s note: Your relationship with your bank isn’t just friendlier overseas…it could also be kinder to your retirement nest egg. When you have the right offshore strategy, you could save tens of thousands of dollars a year…while safeguarding your privacy and guaranteeing your financial freedom. Everything you need to know about it is here.