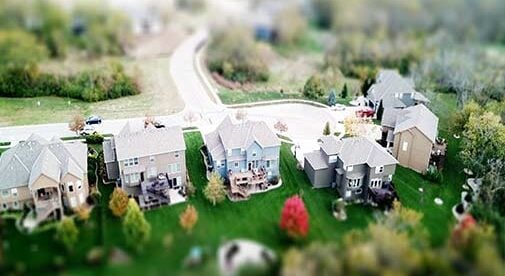 Just over a week ago, I brought Real Estate Trend Alert members a screaming deal on a 2-acre lot with sweeping views over Lake Arenal in Costa Rica.

To get an idea of just how beautiful and tranquil this part of Costa Rica is, think Switzerland with tropical weather. Lush green rolling hills surrounding a huge expanse of cobalt blue water, all framed against the backdrop of a majestic volcano.

Over the last five years in particular, supply of this type of lot has all but dried up. Even at $95,000, the deal we’re looking at was a good deal. But the owner wanted out—and slashed the price to $49,000.

Needless to say, it was snapped up the same day I told members of Real Estate Trend Alert about it.

Since the beginning of this crisis, motivated sellers and incredible deals have been spouting up across our international beat.

My team and I have been busy using our extensive network of contacts to home in on the right sellers and the best opportunities to bring to RETA members. That’s how we lock down 40% or 50% off.

But the true value of RETA goes much deeper than that…

As a group we have an awesome collective buying power. And that buying power has more value than ever thanks to the current situation. Developers are lining up to pitch me deals. More and more of them are open to the extreme discounts we seek at RETA.

Since the crisis began, we’ve had an incredible run of these exclusive RETA deals…

We’re only interested in outrageously good deals. And we’re set to get many more…

We are really close to our first RETA members-only deal in Puerto Vallarta on Mexico’s Pacific coast…something I have been working on for over two years. It’s a deal just back from the marina with an entry price of around $200,000. That’s an unheard of price and it’s thanks to our buying power and the current crisis I’ve been able to get it.

For over a year I have been expecting to bring you a members-only deal in Cabo, something super special with ocean views to the Sea of Cortez and the Pacific. This is getting really close now.

In Costa Rica we are going to have another members-only deal on lots there with exclusive financing and a super low monthly payment.

And in Tulum, I’m planning another deal. These will be some of the closest condos to Tulum’s prized white sands. Truly premium products, and in a new previously untouched verdant area. I expect our entry price will be in the region of $169,000 to $175,000. I figure that three years after delivery these condos will be worth $250,000.

Any tips for investment in Greece?

Carol: Hi Ronan, I very much enjoy reading your posts. What do you think about investment in a Greek island? You already mention all the Mediterranean countries besides Greece. Is there any reason for that?

Ronan says: Hi Carol. Greece has been on my radar for years. I’ve been watching and waiting to see if its crisis would throw up opportunity—that is, the same kind of deals we’ve seen in other parts of Europe, particularly Ireland, Spain, and Portugal.

When I scouted the country in 2018 there was a buzz that the moment had finally come to invest in Greece, specifically in Athens. And true enough, I found a city with some low-cost apartments.

But that’s about where my enthusiasm ended. Not because there weren’t deals, but because I discovered an environment filled with bad attitude and lack of business sense that permeates from the top (i.e. the government) down. I had zero confidence that Greece could sustain its sinking economy. For me, it was a case study for why not every crisis is an opportunity.

However, things change. Earlier this year, it seemed like Greece might have turned a corner. Its economy began to grow. Tourism was booming, Greek banks were getting their act together, and a pro-business prime minister was boosting confidence and attracting foreign investment.

Unfortunately, COVID-19 has been a major blow to a country that depends so heavily on tourism. The sector accounted for half of economic growth in 2018 and a quarter of the country’s jobs.

Now, Greece faces a further 9% decline in GDP, and an unemployment rate of around 18%.

But it’s still better off than where it was at peak crisis. Its economy is more robust than it was. Moody’s have upgraded its sovereign credit rating, citing high growth potential.

And it continues to make some smart decisions, like this new tax incentive for remote workers. Under their plan, a worker from abroad who moves to Greece will be eligible for a 50% tax exemption on income earned for seven years.

It could be time for me to make a return trip…

How We Get Our RETA Deals