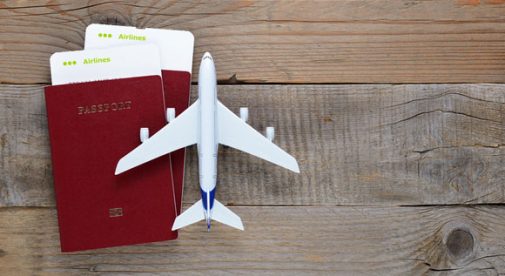 One of the most common questions I get is how to obtain a second passport if you have limited resources. Plenty of people would like to have one, but the costs can appear daunting.

There are several routes to a second citizenship—and thus a passport. Each involves specific variables, over which you may have different degrees of control.

But the good news is, if you really want one, a second passport is almost always entirely within reach.

There are three broad routes to a second passport:

Jus sanguinis: This is a passport obtained by descent or other affinity to the national community (e.g. religion). The most common is for people born in the U.S. to parents from a foreign country, who often acquire that citizenship automatically.

Naturalization: This usually involves a specific period of prior residence in the country and/or marriage to a citizen. Almost all countries have a route to obtain permanent residence, often linked to marriage, a job, starting a business, or other commitment to the country. But this means actually living in the country for a long period—usually five years—before acquiring citizenship. Note that marriage to a citizen does not always confer automatic residence.

Economic citizenship: This involves an investment in the country or payment of a fee. Some countries, particularly island nations, offer this in exchange for investment in real estate, a business, or in a government development fund. They include St. Kitts and Nevis, Antigua and Barbuda, Dominica, Grenada, Cyprus, Malta, and (rarely granted) Austria. The least expensive of these is Dominica, which costs $100,000 plus processing fees. None of these citizenships are automatic; all involve a due diligence process and subjective evaluation by an immigration board.

Besides cost and level of effort, there are two questions that you need to ask about a second citizenship.

First, do you—or would you—want to live there? It’s not always required that you do, but if it is, is it a place you’d like to live?

Second, how widely can you travel visa-free with that country’s passport? A passport from a European Union country gives you automatic residence rights within the entire EU. Passports from most of the Caribbean islands give you visa-free tourist access to the EU. On the other hand, some of the passports I listed above won’t get you anywhere easily, except the country of issue.

Let’s say you really want a second passport, but you’re not super wealthy.

One option is Dominica. A husband and wife can obtain citizenship for about $200,000, once fees are included. You can use that passport to travel freely throughout the EU…but you can already do that with a U.S. passport. If you wanted to leave the U.S. permanently, your only option would be to live on a beautiful but tiny island—and you’d have to acquire a property there.

Another option is Uruguay. Any visitor to Uruguay can apply for permanent residence and remain there while the application is processed, as long as you have a place to stay and can support yourself—the minimum requirement is about $1,500 a month. You can become a citizen after three years (two years for retirees) during which you need to spend most, but not all, of your time in Uruguay. You’d get visa-free access to the EU as well as the Mercosur countries (Argentina, Brazil, Paraguay, and Venezuela). And you’d have the option to live in one of the most beautiful, peaceful, and prosperous countries in the world—albeit one a little out of the way.