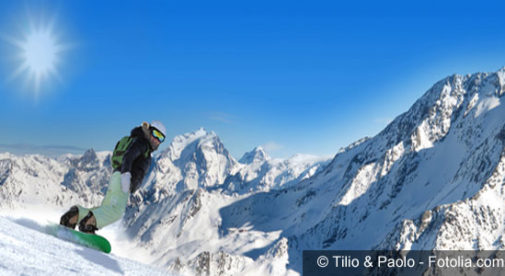 Gliding between the jagged peaks of the French Pyrenees in my chairlift seat, I took a deep breath and tried to relax.

It wasn’t the soaring height of the peaks that made me nervous, or the prospect of swishing down them on my skis. It wasn’t the weather, either—blue skies stretched from peak to peak.

Nope, everything on the slopes was perfect.

When the French describe skiing in the Alps, you’d think it’s hands-down the absolute best thing that you can experience in life. But they don’t say much about skiing in the Pyrenees.

Which makes it one of my favorite secrets about France.

You might not be able to take a gondola from Italy to Switzerland…but you can still sunbathe in a lounge chair, halfway up the mountain. You have your pick of mountains, too. With over 20 ski areas (and more if you include Spain and Andorra) you’ve got more than enough variety for a season.

On top of all of that, it’s cheap—a day ticket to my favorite Pyrenean ski resort, Luz Ardiden, is just €27 (about $35), and less if you buy multiple days. (In the Alps, $35 will barely get you a cold sandwich and a Coke.)

But back to my chairlift seat. The only thing that was amiss that day was the sneaking suspicion that it was all an illusion. After all, the French government was paying me a good salary to  live in France, eat cheese, and pretty much be a ski bum all winter.

Sure, I had a “job” for the two years I lived there. It mostly consisted of playing American rock songs to teenagers and laughing when they tried to make out the words… hosting games of Pictionary in English…and staging debates on serious topics such as junk food and how old you should be before you can drive a car.

My contract called for 20 hours a week in the classroom, engaging kids in English-language activities. No homework, tests, or grading. “Just get them to speak!” their teachers pleaded.

(Rock music did the trick, and the students had a blast!)

Come to think of it, I’m pretty sure I spent more time on the slopes than in the classroom that year.

But it wasn’t just about getting paid to goof off. I got to integrate into the community, star in a play, take a martial arts class, learn about French food (with lots of testing involved) and build a whole new vocabulary of “real” French words that you don’t find in textbooks.

If you ever have the opportunity to teach English abroad, do it. You may look back and decide it was the best time of your life. It’s certainly one of the best times of mine.

Travel Writing: Is Your Income as Fun as This?