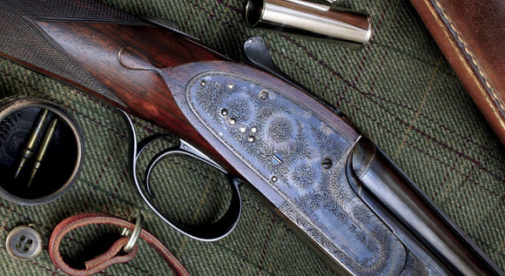 Whatever your personal opinion on gun ownership in the United States, there’s no denying that millions of U.S. residents feel a great fondness for their ﬁrearms. So it should come as no surprise that many aspiring expats want to bring their guns with them to their new home. While it’s possible in some places, be prepared for a lot more red tape and tighter controls than you typically face in the States. Bear in mind that gun laws are liable to change, so you need to do your due diligence if you plan to import or buy a gun overseas.

Here are the gun rules in three of our most popular expat havens.

In Ecuador, it’s illegal for private individuals to import a ﬁrearm from the United States. Private possession of a fully automatic weapon is prohibited. So is carrying a handgun under most circumstances. Semi-automatic weapons are restricted, while it is illegal to own weapons with a caliber of more than nine millimeters. Other weapons, such as revolvers with a caliber of less than 0.38 inches, are tightly restricted.

Only licensed gun owners may possess a ﬁrearm. To buy a gun, you must apply for an Ecuadorian gun owner’s license, which means you must provide a genuine reason for wanting to have a ﬁrearm. Examples include hunting, target shooting, gun collecting, or protection. The process also requires you to undergo an extensive background check that evaluates criminal and mental-health records. Applicants must be at least 18 years old. You must also be a legal resident of Ecuador.

A Word of Warning…

If you want to bring a gun to your new host country (or buy one when you arrive) for self-defense, you should be aware of a critical legal difference between the U.S. and many Latin American countries.

In the U.S. you are considered innocent until proven guilty if you shoot in self-defense; that won’t likely be the case in Latin America. There you are liable to face jail time if you shoot someone, regardless of your motive (self-defense or otherwise). In fact, you could end up facing jail time even before the case is heard in court.

Once granted a license, you are allowed to own one gun for hunting or sporting purposes, and one more for self-defense. The license must be renewed every year to possess ﬁrearms and every two years to carry guns.

At time of writing, the Panamanian government has an embargo on importing weapons into the country. However, as we went to print, rumors were circulating that the ban could be lifted soon.

To get a gun permit in Panama, you must be a permanent resident of the country, with a cédula (national identity card), to qualify. To apply for a gun license, you have to undergo blood and urine tests (to check for drug use and to have DNA on ﬁle) and provide ﬁngerprints, as well as undergo a psychiatric evaluation. Once you get the permit, you must also show it when you want to buy ammunition. Licensed gun owners can carry the ﬁrearm concealed on their person, in their handbag, or in their vehicle.

To begin the process of getting a permit, you must go to a gun store and select a gun you would like to buy. Beware, however, that guns in Panama tend to be much more expensive than in the States, while the choice on offer will also be much more limited.

Hunting in Panama is strictly illegal, so you will not be able to purchase a gun for this purpose.

Only permanent residents are allowed to have ﬁrearms. You can apply for permanent residence after three years as a temporary resident in a category such as pensionado (the primary category for retirees). Ownership of handguns (revolvers and semi-automatics), riﬂes, shotguns, and semi-automatic assault weapons between the calibers of 5.6 and 18.5 millimeters is permitted under license. Many other ﬁrearms are strictly prohibited. You can register three handguns. And you may have three riﬂes for sporting use (not for hunting, which is outlawed in Costa Rica). You must submit a background check from the Costa Rican police showing no criminal record, a psychiatric test, and a weapons-handling test. You must also present your gun to be inspected by the Ministry of Public Security, Department of Arms and Explosives, and be ﬁngerprinted by the same department.

To bring a gun with you to Costa Rica, you must inform the airline in advance and have it stored in an appropriate container in your checked luggage, with the ammunition stowed in a separate appropriate container. Different airlines will require you to ﬁll out different paperwork.

Once in Costa Rica, the gun will remain in customs until you have registered it with the Ministry of Public Security, Department of Arms and Explosives, as per the steps above. You must also present the gun’s ofﬁcial registration in your previous state of residence; the purchase receipt; and the speciﬁcations, such as model, serial number, and caliber.

There is no requirement for storing ﬁrearms. But if the gun is used improperly by anyone and causes harm, the owner will be liable.