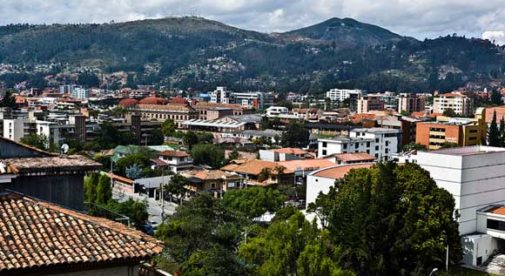 The New York winters were getting too cold for Terry and Sue Jones. Apart from that first, pristine snowfall of the year, it just wasn’t fun anymore. Their friends started retiring to Florida, sending them Christmas cards of white-sand beaches and palm trees. The Jones’ were considering moving there, but they discovered International Living and decided to look for their new home overseas.

When I met Terry and Sue, they were attending an International Living conference and although they knew they wanted to move abroad, they still hadn’t decided exactly where to settle.

As we paused for a moment, I said, “You know, there is one decision I’d think you should make right now.”

As they leaned forward, I said, “I think you should consider moving to Florida.”

“What!?” they exclaimed together. “But we want to move overseas!”

So I explained to them the advantages of what I call the Move Before You Move.

Moving from New York to a no-income tax state like Florida (there are seven no-income tax states) would allow them to stop filing and paying state taxes to New York. They could save filing headaches and eliminate an annual tax bill. Since New York is an aggressive tax state, we talked about how they should keep records of their move. It’s important to document a move from a tax-aggressive state carefully, as the IRS like to classify all moves as “temporary”, allowing them to continue to demand taxes even after a move.

“And finally,” I said, “We will correctly file your last New York state tax return so they know it’s a final return for you. That’s how you tell them you have permanently moved away.”

Sue wondered, “Can’t we do that when we move abroad?” (She wasn’t looking forward to two moves to live overseas.)

“No,” I explained, “it only works when you move to a different U.S. state. When you leave the country, New York will assume that you’ll be returning one day…and they will still want taxes from you in the meantime.”

We talked about the benefits of selling their family home, downsizing their responsibilities, and repositioning their world for their new lifestyle of travel and warm weather. While some of these choices did not affect their tax-filing requirements, they could eliminate or substantially reduce some of their other on-going costs…giving them even more money to fund their new life overseas.

The “move before you move” helped the Jones’ simplify and save thousands of dollars while they were deciding where they wanted to live abroad.

When Sue saw the savings they could make, she was convinced of the merit of this plan. Her and Terry went home and they started the process: They established a new domicile in Florida, selecting a place between their friends and an international airport. Then, they focused on renting for a month in a few of their favorite overseas countries.

Last I heard from them, they had decided on Ecuador. They loved their month there and were finally ready to make the big move…and they didn’t have to worry any longer about filing and paying state taxes.