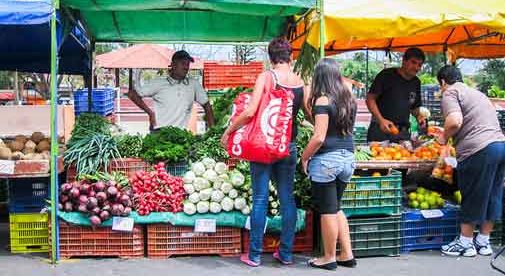 Kat Bonfiglio, her husband Mark and their daughter Nikki certainly got more than the Spanish lessons they came for, when they first visited Costa Rica in 2013. “We came for the months of June and July to study Spanish together at the Coastal Spanish Institute in Tamarindo, and we were literally sobbing in the airport the day we left to go home,” Kat reminisces.

From Colorado, she says it’s not that they were unhappy with their home, but there was something extra special about Costa Rica. “We fell so hard for the community here, it was almost instant,” Kat says. “We were going to watch the sunset every night with new friends who felt like we’d known for years; we met so many other families with common interests and we just felt so embraced—when we got to the airport for our flight home, none of us wanted to leave.”

To ease the dismay of leaving, Kat says the family made a pact to return to Costa Rica for even longer next time; the entire next summer was the idea. Then their daughter Nikki had an idea that would change the course of life as they knew it: “She said ‘Mommy, I could do fifth grade in Costa Rica’” Kat says, “and I just looked at her and Mark and thought ‘well yes, yes you could.’” Mark’s job was already remote at the time, so in terms of work he just needed to discuss the move and obtain clearance from his employer.

With tears in her eyes, Kat described the pact they made as a family, “if we were really going to do this, we decided we were going to make a promise to Costa Rica and that promise was that we would always be good guests.”

What exactly did that mean for the Bonfiglios? “We already knew Costa Rica had so much to offer us—everything from the natural beauty to the community and the opportunity to perfect our Spanish,” Kat says. “The least we could do is make sure to embrace the country, even if there were things that would be foreign to us. To us being ‘good guests’ meant we would always be polite and grateful for whatever was put in front of us whether it be a situation, a challenge, a meal. It was a promise to remember that regardless of modern advancements, Costa Rica is still a developing country and we wouldn’t bring our First-World expectations with us. If there were things that felt like home, great. If there were things that felt different, we’d have an open mind. And it was a promise to strike ‘how come?’ from our mentality—we were going to appreciate Costa Rica for both everything it was, and everything it was not.”

Fast forward to today and the Bonfiglios never left after that “test year.” Kat says they’re “all in.” They consider this home and they couldn’t be more grateful for all the ways their life has been enriched in Costa Rica. “It was really that promise we made that has made our life here so wonderful,” Kat says. “We of course enjoy the fun things, like feeding fruit to iguanas on our patio and walking to the beach for sunsets and seeing the howler monkeys and parrots in our own backyard. But really embracing this community, finding ways to get involved, and learning the language are the things that have expanded our horizons and shown us the beauty of living life wholly and simply. I think if you can be a good guest in Costa Rica, it’s hard not to be truly happy here.”