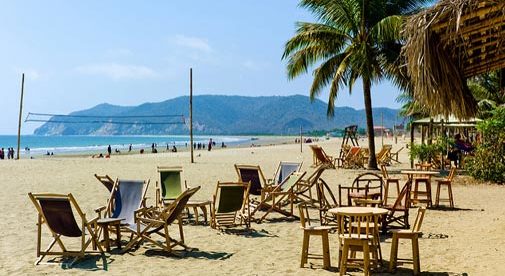 I’ve spent a considerable amount of my leisure time hanging around airports over the past 45 years. Not the large, commercial mazes of security checkpoints and baggage conveyors. No, the other kind. The small ones, outside the big cities. Think Piper Cubs and small Cessna trainers and a fair amount of privately owned, family planes. The pilots and aircraft owners who hang around there are members of my tribe. We even speak in a lingo only tribal members understand—my true second language.

But there’s another tribe I’m equally proud to claim and, in fact, it may be the coolest of all my tribes.

Expatriates; those of us who have pushed through our misgivings and fears to roll the dice on a brand-new life outside the U.S.— that’s my favorite tribe. Notice that I said, “pushed through our misgivings and fears?” We didn’t try to avoid them, and we certainly didn’t allow them to halt our progress. We chose, instead, to march right through our fears to emerge on the other side. It wasn’t always easy! In my case, some of those fears kept me up, many nights. Moving outside the U.S., with the notion of building a new, better life in a foreign country, is a big deal. And yet, millions of U.S. citizens have chosen to do exactly that. You might ask…why?

The most frequent reasons include a reduced cost of living with a higher standard of living, free medical care (or crazy-cheap care), stimulating and life-expanding cultural experiences, and adventure. Having lived in South America and Mexico since 2012, I can personally attest to the benefits of our life outside the U.S., including a reduced cost of living with a high standard of living. And our expat friends have all made the same decision, pushed through the same fears, and are now enjoying the same benefits. Regardless of your motivation, the benefits are the same. We get it because we’re living it every day.

But here’s the coolest thing about my expat tribe. Expat tribes can be extremely helpful even before you make your move.

While doing our research, I subscribed to International Living, which became a primary resource. I devoured their magazines and was eager to receive every digital postcard in my email. These guys were living the life I wanted, and it was good to be frequently reminded of what my dream looked like, tasted like, and smelled like.

Diane and I started gathering our tribe around us a couple of years before we made our move. Our first expat destination was a tiny fishing and farming village on Ecuador’s northern coast. Via a couple of online forums, we connected with several expat couples who lived in that area. One couple even arranged for a beautiful, furnished apartment for us and met us at the airport with welcoming signs and warm hugs when we arrived. Having your tribe members assisting for the first few months of such a transition is invaluable and some will remain as lifelong friends.

Some will say that starting over isn’t easy. I say, that depends. My wife, Diane, and I have made two international relocations. And while we certainly had some adventures, we were well prepared. Like the famed Conquistador General, Cortez, we agreed to metaphorically burn our ship when we arrived. We decided that going back was not an option and committed to dealing with the transition we knew we’d face. Now, I think we’re prepared to move anywhere on the planet, because I know we have members of our tribe waiting for us and willing to assist.