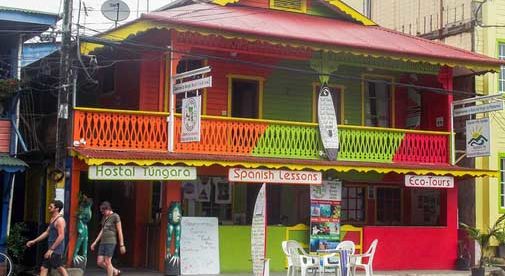 One of the first things people say when they hear my wife and I have lived in Latin America for 16 years is, “You must be fluent in Spanish.”

I have to admit that we are not, but I don’t feel too bad about that.

First, we work in English. We’ve spent the last 16 years writing about people from the U.S., Canada and elsewhere (but almost exclusively English-speaking) who are living, working, and retiring abroad. Hence we write in English, interview English speakers, work with English-speaking editors, and live in communities where English-speakers have settled abroad.

The opportunities during all those years to actually immerse ourselves in Spanish—to spend an appreciable amount of time being forced to speak nothing but Spanish—have been few and far between.

Secondly, although we are not fluent, we are functional. And in every place we’ve lived in the past 16 years (seven different communities in four different Latin American countries), being functional has been enough.

Our functionality has been plenty to see us through all these years. When it comes to the Spanish language, we don’t know everything…we know just enough.

You need some Spanish to get by in Spanish-speaking countries, that simply goes without saying. You need to get where you need to go, do what you need to do, find what you need to find, and generally express your basic needs and wants in a way that is understandable to the people around you.

And how much Spanish is that?

For one thing, Spanish really isn’t that difficult a language. The rules are more logical and the exceptions less confusing than English. With some basic verbs and an understanding of how to use them, it is really fairly easy to express yourself.

For another thing, the locals in every community we’ve lived in for the past 16 years have been incredibly gracious and understanding of our attempts to use their language. They have been, without exception, delighted that we even try.

On top of that, one of the lessons we took to heart early on is that you should make a point of learning the common courtesies. Latin American cultures vary widely depending on where you are, but in our experience, they all value common courtesy and a basic knowledge of Latin American formalities.

Which is why some of our most typically used phrases aren’t about getting what we want. They’re about connecting to people.

They involve knowing how to enter and exit a restaurant using the basic blessing on the meal that every Latin American knows. If you’ve been abroad in Spanish-speaking countries, you’ve almost certainly heard people say “Buen provecho” to the people around them, especially when leaving. This is something that all courteous Latin Americans do…wishing the benefits of the meal on fellow diners.

A few of these courtesies and a big smile go a long, long way. These are often the only things you need to establish a connection between you and the person you’re speaking to. The rest of the interaction can be in sign language for all your new friend cares—you will have tried, they will appreciate it, and you will have made a connection.

With a collection of simple, powerful verbs and a couple of personal pronouns, you have enough to get by. You’ll be well on your way to being functional. And you’ll demonstrate to the people around you, every time you smile and make the attempt, that you appreciate their culture and their help.

Warren calls this “Spanish from the heart” and it works. It’s worked for us for 16 years. Some basics, a big smile, and a sincere desire to communicate.

No, we’re not fluent. But we have enough Spanish to get what we need, make friends, and enjoy the communities we’ve lived in.

And you can do it, too. I’ve heard a few of my fellow Baby Boomers say “I’m too old to learn Spanish.” And that’s simply not true. With the right memory cues and tips and tricks, you’ll get it easily enough. And the rewards are plenty.

Measuring the Benefits of My Life in San Miguel de Allende

What I’ve Learned by Riding in Taxis in Latin America

When artist Cynthia Hass Bishop met her now husband, Fred Bishop, she had an important question for him: “Would you consider living outside the U.S.?” “When I was 10, I told my parents I wanted to go the University of Mexico City,” she says. Exploring has always been in her blood. And Panama was on her list early on.