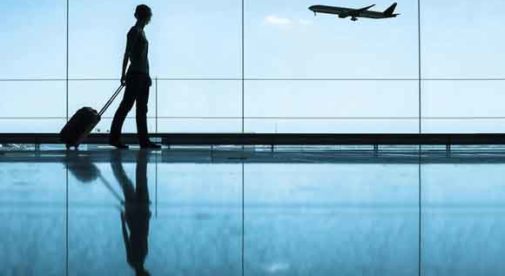 Let’s face it…the good old days of sitting in your local travel agency while your agent searched for the best deals available are all but gone. Today, travelers are left to their own devices.

With so much information and travel websites out there now, it can be overwhelming trying to find the best price for that flight to Cuenca, Ecuador, or finding the easiest way to get from Miami to Panama City, or figuring out the best and cheapest airline for travel in Southeast Asia.

To give you a taste of what our own editors and correspondents do to find the best-value airfares every time they travel, I’ve asked some of them to share their tips and tricks.

For most of us, when we go to book a flight, we look at the major carriers. But that can be a mistake according to our Roving Latin America Editor Jason Holland.

“A lot of people are stuck on booking with airlines they know from the U.S.,” he says. “But there are so many other options. Flying non-U.S. airlines when headed to and from Latin America or within the region can often be cheaper. With airlines like InterJet, Avianca, or Volaris, you get free checked bags. And they usually serve free adult beverages on the flights.

“My family and I were looking at traveling to see family in Florida for Christmas this past year. Mexican airline Interjet showed $251 for a round-trip for the dates we’re looking at, with the next cheapest being American Airlines at $259. I guess as it was the holidays that’s why there wasn’t a huge savings. Although if I was over 65, I would get an automatic 15% discount…it applies to all flights.

“Interjet gives you three free checked bags—up to 55 pounds each—and a free carry-on of up to 22 pounds. We were loaded down with Christmas gifts and American charges $25 for the first checked bag and $35 for the second, so Interjet is a pretty good deal.”

Over in Southeast Asia, our Malaysia Correspondent Keith Hockton says that the last decade has seen the rise of the low-cost carrier in the region.

He says: “So how cheap are fares exactly? Well, my wife Lisa and I have caught planes in Borneo, from Kota Kinabalu to Sandakan, that have actually been free. All we had to pay were the airport taxes and they came to $10. But it’s not as simple as searching the big websites like Kayak, Expedia, or Orbitz. You’ll find 43 budget airlines operating here and many of these are not listed on aggregator sites. This is a fragmented and fiercely competitive market. Take your time and do your homework.”

And just like with major airlines, there are some tricks to getting a good deal on your budget-airline tickets. More from Keith: “For the cheapest fares, buy your tickets for Tuesday mornings or afternoons, and return on Wednesday mornings or evenings, or vice versa. Always book round-trip tickets too because one-way fares are usually, but not always, more expensive. Keep in mind also that changing the dates of these trips once they have been confirmed can be super expensive, making what was a budget fare now not so cheap after all.”

Another money-saving tip to consider flying to or from an alternative airport. As IL’s Latin America Editor Suzan Haskins explains, “You can get cheaper flights by flying to secondary or tertiary airports. Initially, many of the low-cost airlines were using these airports, and now the bigger competitors are beginning to move in and match their fares. For example, if you’re going to Manhattan, the airport in Newark, New Jersey is actually closer to downtown than New York’s JFK airport; and it’s often much cheaper to fly to Newark.”

I tried this trick myself when flying from Ireland to France for a ski holiday. Instead of flying from the main airports of Cork or Dublin, I researched flying from a small regional airport called Farrronfore. My flight cost €5 ($6) return. I did have to pay to check my bags which bumped the total up to €35 ($37.50). The travel time from my base was only marginally longer than if I’d flown from Dublin and the car parking fees in Farronfore were significantly cheaper than at the larger airports.

Picture this… You’ve just risen from a good night’s sleep to the sound of waves crashing on the shore. You slept like a baby because you’re free from your old worries. The smell of salt water permeates the air and an ocean breeze tickles your cheeks.