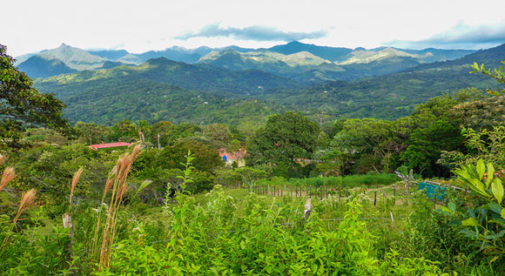 Not that long ago, you could buy a CD in a U.S. bank and get a decent rate of return…4% or 5% annually was typical.

Sure, you wouldn’t get rich this way. But it was a safe and affordable way to build a nest egg.

Today of course, times are very different. For nearly a decade, the Federal Reserve has kept interest rates at zero. And instead of paying 4% to 5% annually on CDs, now you’re lucky to get 1%.

So, what are your options? Quite simply, you need to look outside the U.S.

There’s just one problem: these rates are for local currency deposits. And the value of currencies like the Brazilian real and the Turkish lira has been dropping like a stone against the U.S. dollar. For instance, in just the past year, the real has lost more than 35% of its value against the dollar. So even if you were earning 14% in a savings account, the overall value of your investment would have fallen by more than one-fifth.

That’s not the type of move I want to make, and I suspect you feel the same way. So, the logical question is: Is there a country that offers U.S. dollar accounts in safe banks that pay decent interest rates? The answer is yes. And the country is Panama.

Like most countries, banks in Panama have put barriers in place to keep out U.S. depositors. That’s a consequence of the U.S. law called the Foreign Account Tax Compliance Act (FATCA), which makes it much more difficult for U.S. citizens and residents to open accounts outside the U.S. Fortunately, there are a few Panamanian banks that are still willing to deal with Americans, are safe, and pay competitive interest rates. Depending on the term, interest rates on U.S.-dollar CDs range from 3% to 5%.

The downside of dealing with banks in Panama is that to open an account, you’ll need to make a personal visit. And if you don’t speak fluent Spanish, you’ll probably need the assistance of a Spanish-speaking person to open the account.

Panamanian banks also don’t have a federal deposit insurance scheme like the U.S. However, the superintendent of banks in Panama does require periodic reviews by independent third parties. The ratings are posted on a government website in both Spanish and English. When selecting and maintaining a bank account in Panama, it’s prudent to review the bank’s ratings.

So don’t settle for abysmal interest rates in the U.S. Instead venture abroad. By putting your money in a Panama bank you don’t need to invest in exotic currencies that are rapidly losing value against the U.S. dollar and you’ll get a much better deal for your money than at home.

Sign up for our Free Daily Postcard e-letter and we’ll immediately send you a FREE research report on the most desirable — and cheapest — retirement havens available to you today.