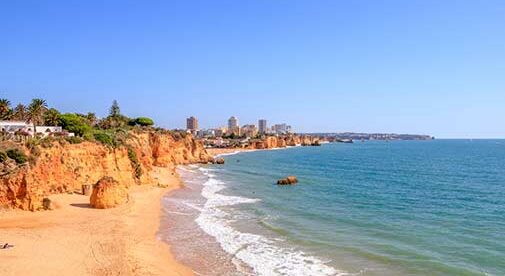 With news of a working vaccine this week, the world is breathing a sigh of relief.

The stock market rallied on the back of the news. Some news outlets are calling it the “start of the end of the pandemic.”

It certainly bodes well. But, to be frank, this isn’t the be-all and end-all cure we want it to be.

Sure, it might spell the end for the virus. But the crisis has now grown beyond just that. U.S. debt is at levels not seen since World War II. The unemployment rate is falling but the rate of jobs growth has slowed to a crawl. And the pandemic has exacerbated the already mounting retirement crisis.

Even before the pandemic, private and public retirement systems were under strain from ageing populations and a low-interest rate environment.

The pandemic has now added fuel to the fire. It’s estimated that by 2025 some retirement funds may have only enough assets to cover four years of benefits.

The days of sitting back and letting the power of compounding returns do its thing are over. The yield on long-term U.S. government bonds has been falling for 20 years…and virtually every income-producing asset retirees might depend on, from annuities to dividend stocks, are seeing yields shrink.

However, that doesn’t mean we’re out of options.

In fact, I’d argue that some of us are closer to the retirement we dream of than we think.

Allow me to explain…

While low interest rates adversely affect traditional investment returns, a savvy person can take advantage of low rates to buy an income-producing asset that pays out three, four, even five times more than traditional retirement investments (and even has a capital appreciation kicker).

I’m talking, of course, about investing in real estate.

In this historic low interest rate environment, we have the opportunity to use leverage to create massive profits by buying money-making real estate with some else’s money.

For example, in some EU states rates hit 0% even before the crisis.

In Denmark, there are even mortgages that will pay you. A Danish bank launched the world’s first negative interest rate mortgage, which charges minus 0.5% a year. Effectively, that means you pay back even less than you borrowed.

In Portugal, I just had an offer accepted on a condo with no money down and a 1.1% mortgage rate.

In Spain, members of my Real Estate Trend Alert group used Spanish bank financing to lock down luxury condos next to one of Europe’s most prestigious 5-star golf resorts on the Costa del Sol for 50% off.

What sets real estate apart is that you can create strong positive cash flow with little money down. Unlike stocks or bonds, you’re not all in before you start seeing returns. And with low interest rates, the cost of this strategy has never been cheaper.

With the right real estate, you shock-proof your wealth, diversify it, you can produce income…you can sell for a profit…and you can live in it…

It’s an insurance policy against turbulent times that also offers huge upside along the way.

Are we coming to the end of the crisis? For those who aren’t prepared, it could just be the beginning. But for those of us who are making the most of the opportunities available right now, the future is looking brighter each day…

Comment from Scott: Hi Ronan. The reason I am emailing you now, is to ask that if you, for any reason, decide to “assign” your contract for the house purchase in Portugal, I would like to be considered.

I have purchased many properties through the use of an assignment of contract, and agree with your assessment of the valuations and usability of that area. Of course, the terms are exceptional and very attractive too.

If you decide to go ahead on your own, then we are looking forward to other units that you may run across as always.

Since we are based in Florida in the U.S., it is a little bit tricky to get inside the E.U. right now, but as they say “where there’s a will there’s a way!”

Ronan says: I plan to go ahead and close on my purchase. But watch out in RETA for similar deals coming up in the near future. And, I’d recommend connecting with my contact, Chris, down in the Algarve. Members can find his information on the RETA Rolodex. Chris can also help you find something similar. Hopefully we’ll be neighbors in the near future…

The Mainstream Media Have It Wrong About Real Estate