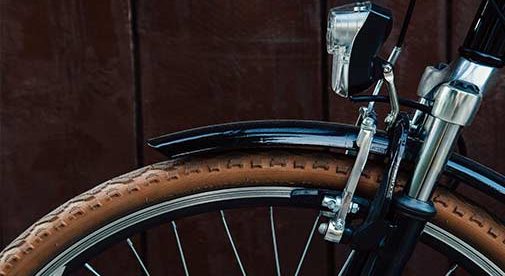 Five years ago Josh Apleton, his wife, Ohn, and their two daughters packed up their 800-square-foot apartment in lower Manhattan and moved to the small, mountainous region of Pak Chong in central Thailand’s Nakhon Ratchasima province.

“Thailand has always been our retirement plan. We started spending time in Pak Chong—which is surrounded by the country’s flagship national park Khao Yai—as a compromise. My wife Ohn can be near her family in the much larger city of Khorat, and I have nature and roads for cycling,” says Josh.

The family began renting a house in the area about 10 years ago. Ohn and the kids would spend the summers there and Josh would visit for as long as he could get off of work. This situation not only allowed the children to have a real relationship with their Thai family, it actually saved the family money.

“I’ve been working in IT basically since IT started,” says Josh. “I’ve also been looking for ways to get out of the corporate world ever since, but I was caught in New York’s financial trap.”

Back then, the Apletons were paying $4,000 a month for a small apartment. Add in the cost of utilities, maintaining a car, and the general expenses of living in New York, and despite having a good combined income, the couple had little left over at the end of the month for the college or retirement fund.

Josh already had a business in mind once they moved to Thailand, though initially he kept this from his wife. Over the previous six years of visits, he’d noticed a big uptick in cyclists on the roads around the national park. The fact that most of them were locals, and that there was no dedicated bike shop in Pak Chong, convinced him that he’d spotted a gap in the market. The next step was to convince his family.

Ohn, who had worked as a barista in New York, suspected something was up when Josh took the family out for a special trip. “I remember we all went to a beautiful waterfall in the afternoon for a swim and then my favorite restaurant for dinner, and I said to the girls, ‘Daddy must want something,'” she says. “When he asked about opening a bicycle shop, I thought it was not a good idea, but when he told me we would do good coffee, I changed my mind.”

Josh had years of experience heading up IT projects, and so recognized the importance of delegating. His first move was to find a skilled local manager to help run the new venture. Together they found a location, contacted distributors, hired staff, and laid out the workshop, display area, and lounge where the coffee and homemade cakes and snacks would be served.

One of the major advantages was the comparatively low cost of starting this new business. “The cost of living in Pak Chong is about 10% of what it is in New York,” says Josh. “We rented our first shop-house, which was 2,500 square feet of commercial space and a three-bedroom, two-bathroom living space on the second floor, for $150 per month on a two-year contract.”

Starting this new life wasn’t all smooth sailing. Their two teenage daughters were not thrilled about leaving schools, friends, and life in Manhattan behind for semi-rural Thailand. And of course there was also the risk that the business wouldn’t work at all.

“That first year I worked remotely as a consultant for the company I had just left nearly full-time,” says Josh. “And I still work as a part-time remote consultant, which allows me to pick and choose projects and sock a little extra money away.”

Now, all their hard work is paying off, with the bike shop generating a profit and attracting regular customers. The family are happily settled in Thailand. When asked if they’ve considered moving back to New York, Josh answered, “My girls’ tuition at the international school they attend here is about what I used to pay monthly in parking tickets.”