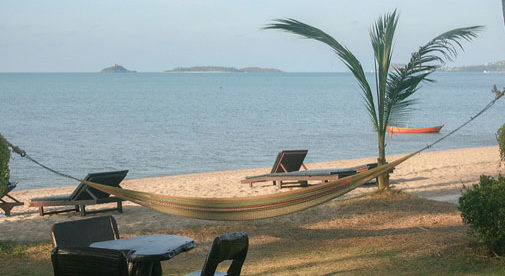 You can find happiness anywhere…particularly if you move for the right reasons.

What makes a happy expat?

After being an expat myself for 17 years—and observing and writing about other expats around the world the entire time—I’d have to say that one thing all happy expats share is a real interest and delight in the place they choose to live.

Without this interest and delight, you can still be an expat. But you will not be moving toward something positive…you will simply be moving away from something negative.

They did not choose the countries they relocated to because they had any special or long-standing curiosity about, or interest, in those countries. They chose them for what those countries—or their economies, or governments, or geographical location—could do for them.

Let me say emphatically that I don’t think there is anything wrong with that. People have been relocating to other countries for exactly those reasons for as long as there have been people and countries.

Let me also say emphatically that, just because an expat chooses and moves to a country for these reasons, they won’t be unhappy.

For some of them, the relief they gain from the financial, political, or personal pressures that made them move in the first place makes them much happier people, even if they didn’t have much love for or interest in their destination country itself.

And an even luckier portion of those expats will actually fall in love with the country they move to, even if they chose it for other reasons and knew next to nothing about it before they moved. Something about it—the music, the neighbors, the scenery, the pace of life, the food—will charm them and often lead them to an intense curiosity about other aspects of their new home. That curiosity often blossoms into real interest and appreciation for the culture they find themselves living in.

This interest and appreciation can have such a strong positive affect on an expat’s quality of life that my wife, Suzan, has made a motto out of it. It’s a motto that is an integral part of her presentations at International Living conferences about moving abroad.

“Move for your heart, not for your wallet.”

This is actually easy advice to follow, even if you do want to move for financial or other reasons. That’s because there are so many countries around the world where the cost of living is more affordable, the weather is better, the pace of life is easier, and the people are genuinely friendly and welcoming, that you can actually be spoiled for choice.

Which means the chances are actually pretty good that you can find a country that fits your financial, political, or personal needs, and that piques your interest, curiosity, and sense of adventure.

That’s what the happiest expats I know have done. They moved with their hearts…and got all the practical benefits in the bargain.

Precisely because there are so many likely destinations, there is no reason that someone thinking of moving abroad has to choose between a place that fits their financial or personal needs, and a place with a culture or lifestyle that truly intrigues them.

The happiest expats get both. They have their cake and eat it, too.

So even if you think you have to move abroad for some other more practical, pragmatic reason—lead with your heart. The practical and pragmatic stuff will follow.