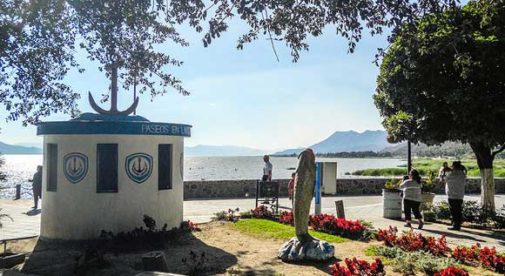 My wife and I went out to lunch the other day, which isn’t extraordinary in itself. We go out to lunch all the time.

But the other day, lunch was extraordinary in several ways.

First, this lunch was in Mexico in December. We sat in a little hole-in-the-wall restaurant next to the open door looking out on the town square. It was 70 F outside.

Because I have a smartphone with some nifty apps on it, I knew that at exactly that moment it was 26 F with snow and freezing rain back on the block in my former hometown in the States.

So lunch was extraordinary in that way.

Second, this little hole-in-the-wall restaurant makes better Mexican food than any “Mexican” restaurant I’ve ever been in, anywhere. The kitchen is behind a counter that runs along one side of the tiny space, and our table was one of five on the other side of the room. Everything on the menu came directly from behind that counter, made fresh that day, served up by the gals who actually made it. My burros de carne al pastor and my wife’s costillitas with rice and beans came with corn tortillas made on the spot.

None of it would have made a nutritionist or hygienist very happy. The riblets were nice and fatty, the tortillas were getting slapped up by hand, and I’m pretty sure the beans were made with lard, because they tasted heavenly. It all tasted heavenly.

So lunch was extraordinary in that way, too.

Third, while we were eating an older man with a cello and a young man with a violin showed up. They looked like father and son, dressed in work clothes—jeans, cotton shirts, canvas jacket, hoodie. They set up right in the doorway, and customers coming and going had to squeeze by them. We got ready for some tortured, out-of-tune versions of La Cucaracha and La Bamba.

What we got was what Mexican traditional music was like before the recording industry ruined so much of it. The duo played a couple of bouncy paso dobles and some light Spanish chamber music arranged for two strings. They did indeed play La Cucaracha, but in the way that it might have been done in the early 1500s when the folk song was first mentioned in literature. They even did La Bamba, but in the traditional Veracruz style, right down to the section that speeds up for the fast footwork called the zapateado, with the violin imitating what would have been the harp parts.

So lunch was really extraordinary in that way as well.

Then we got the bill for the whole thing, which for two big main plates, tortillas, a beer, and an aqua fresca was a little over $7.

So lunch was downright outstanding in that way.

In many of the most popular overseas destinations where North Americans have moved to lower their cost of living, enjoy better weather, and savor the sights, sounds, and flavors of another culture, lunches like these are common.

The challenge for us is not taking all that extraordinariness for granted once it becomes a regular part of life.

The lunch we had the other day reminded me of that. It reminded me not to forget how lucky we are to live at a time when it’s so easy to find places like this, and to actually live in them.