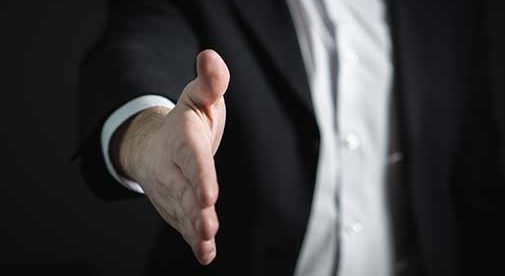 The Great Recession started in December 2007. Over the next few years millions of folks lost their jobs and homes. The boom went bust. The housing market crashed.

You know all about it. We were all there.

If there’s one thing you learn as a global real estate scout, it’s that booms and busts are cyclical. Economies and currencies rise, and they fall again. Knowing that, it always makes good sense to diversify your portfolio. Having a strong stable of foreign real estate in your portfolio can help to insulate you against market changes.

Protecting yourself from crisis is just one side of the coin though. On the other side I want you to picture the goddess Fortune…

One of the best and most obvious ways to profit in real estate is to find and buy something that’s undervalued. When you can lock down big savings on a piece of real estate at the time you purchase, you’re already ahead of the game.

Strategy: Buy when a market is experiencing difficulties. Profit when things recover.

For a crisis to be an opportunity, two things need to be in place:

It’s a concept that’s been around for centuries. It’s something nobleman and member of a major banking family, Baron Rothschild, described in the 18th century when he reportedly said, “Buy when there’s blood in the streets.”

That saying has influenced contrarian investors ever since.

Ireland is a real estate market I have a lot of experience in. It’s the country that I come from, where I was educated, and where I started my investment journey. So I’ve had a front row seat to Ireland’s boom and bust of recent years.

Ireland’s meteoric economic rise was the stuff of headlines worldwide. Newspapers the world over were talking about the country’s “Celtic Tiger”—a period of unprecedented economic growth that started in the 1990s.

In the early and mid-2000s, Europe’s real estate markets embarked on a massive tear. Ireland’s was one of the fastest-growing. In just one decade, between 1997 and 2007, prices for new houses increased by more than 200%. (No, that’s not a misplaced zero—that 200% figure is correct.)

But, just like in the U.S., much of those real estate sales were funded by the introduction of cheap credit. And, as anyone who lived through the Great Recession will know, cheap credit isn’t always a good thing. When allowed to grow out of control, you have the makings of a bubble.

That’s what happened in Ireland. The market imploded and real estate owners found themselves deep under water.

It takes time after a crisis like this for the real bargain buys to emerge. That’s because of human nature. People don’t immediately start selling up when they realize that trouble has hit. A lot of them will dig their heels in and wait for things to get better.

The psychology of a distressed real estate market is a lot like a grieving process. There are various stages of denial and anger until acceptance is reached—acceptance that your real estate is only worth what someone is willing to pay for it.

It took a long time for the distress to be reflected in Ireland’s property prices.

When real estate transactions just stop something needs to happen to bring activities back to the market—a liquidity-triggering event. In the case of Ireland, that was the arrival of distressed real estate auctions in 2011.

Sellers finally realized how little buyers were willing to pay. It brought liquidity to the market. Ireland was the first of Europe’s real estate markets to slide into crisis. Ireland was then the first market to show signs of liquidity and recovery. The real estate market in Ireland stayed “no-bid” until fire sale auctions came to the market in April 2011.

I recognized it as the time to act. I could see recovery was coming, but prices were still falling. It created a window of opportunity.

I recommended condos close to central Dublin’s financial services center and city center. The case was compelling. Ireland was in crisis but these locations were still attracting companies like Google, LinkedIn, and Airbnb. Some sectors were losing jobs while this mobile multinational sector continued to show strong growth.

Values on the condos I recommended at €140,000 in 2011 have risen by 150% or more. Rents have increased from levels that already commanded double-digit yields. A buyer who bought one of those condos in 2011 could easily trebble their money in seven years from a mix of capital appreciation and rental income—if not more.

Buying well in Ireland isn’t the easy pickings it once was. To do well here now, you have to do your homework—pick up something unloved and overlooked. But, it’s still possible and something I talk to members of my Real Estate Trend Alert about.

Not every crisis offers an opportunity. Take Venezuela. I’ve been keeping a close eye on it and watching how its current economic crisis is playing out. But I haven’t moved. I’ll keep waiting and watching to see if opportunity arises.

I am just back from my fifth scouting trip to Argentina in 10 years, my second this year. It’s a country that’s perpetually in crisis. There’s no sign of it stabilizing any time soon. So, I won’t be making a recommendation there either for the foreseeable future. (Though I will be back there to keep an eye on things and enjoy the place.)

So how do you play a crisis opportunity?

Playing a crisis opportunity well takes time and patience. Immediately after a crisis is not usually the time to get in. That’s not when the best value presents itself. You have to carefully watch the market, assess the economics, and read widely to understand how the market is likely to play out.

You should have a picture in mind about how the market is likely to recover—and how the property you buy is likely to perform in that market.

In some cases, there will be a trigger event—a moment that triggers the market to bottom out. In the case of Ireland (and Spain), that moment was when bank fire-sales arrived. That’s why I continue to keep a close eye on places like Argentina and Venezuela. I’ll be ready if and when the trigger event happens that will make any of the crisis markets I watch a buy.

Property and Real Estate in Spain

What You Need to Know about Real Estate in Ireland