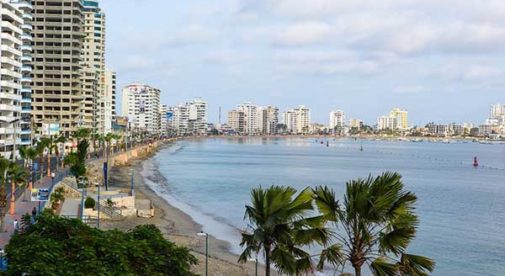 I blame International Living. My wife Rita and I have always enjoyed travel, and we both had jobs that could be done from the road. We had visited several places around the globe, idly speculating on whether we could live there. But it was International Living that really got us thinking about retirement abroad and ultimately real estate in Ecuador.

There were push factors, too. Like the eye-watering costs of property ownership in our state. We were paying $6,000 a year in property taxes, as well as high income taxes (with a 50% county tax added as well), and huge heating bills in the winter.

Adding the mortgage to that and it became clear to us that we were going to have to put in at least 15 more years of work before retirement was an option.

Worse, we realized that even when we retired our expenses would leave little room for us to travel. And that if any emergency came up, we would have to dip into our retirement savings.

We began looking for alternatives, first within the U.S. However, Rita’s major criterion was that it had to be warm year-round. We soon learned that if we went far enough south in the U.S. to have warm winters, we would also be getting extremely hot, muggy summers.

From the start we couldn’t believe the prices for real estate on the Pacific Ocean. Frankly, we still can’t. You really can buy oceanfront property for around $100,000—and in a country that has never had a hurricane or tropical storm.

Using resources from IL and other places on the internet, we began looking. With my wife’s desire for warm weather, and my need for a strong infrastructure, the Salinas area looked like a good pick. We reached out via email to three different estate agents and planned a coastal real estate hunting trip from Playas to the south up to Olón to the north.

Research is one thing, but boots-on-the-ground is another. We were very much aware from our travel experience that as good as Ecuador looked on paper, we might just arrive and say, “no thanks.” We were pleased to find that we enjoyed our visit from the first moments we arrived. We found a wildly different culture, yes—but we also found friendly, welcoming people beginning right at the airport.

On the third day of our trip we arrived in Salinas. On our first drive down the malecón (road along the beach), we looked at each other and smiled. We both felt like we had found our new home.

It had everything we were looking for. Big, beautiful beaches, a mix of modern high-rise and older homes and condos, and restaurants and services. We cancelled the rest of our trip and spent all of our time looking at properties in Salinas.

We soon narrowed our search to a building right across the street from the ocean. It was only a few years old and had plenty of amenities along with a full-time staff. We told the estate agent to let us know when there was an oceanfront condo on one of the higher floors. Then we returned to the States to wait.

We didn’t wait long. In early February of 2013 we returned from that trip. By the middle of March, we had closed on a four-bedroom, four-bath condo on the 19th floor. We paid less than $250,000 for a home that would have cost at least 10 times that amount on the Pacific Coast of California.

That October we returned to bring some things to our new home and to start setting up utilities and internet. By November, we had our residence visas, and we arrived officially as expats in January of 2014—less than one year after our first visit.

Our move to Ecuador has had a tremendously positive impact on our lives.

First of all, our monthly budget went from $6,000 a month to $1,800 a month. This meant my wife could retire just before we left the U.S. I followed her into retirement a year and a half later, at age 57.

We’ve been able to explore this beautiful country, both the coast and the highlands, and met wonderful people. We’ve learned enough Spanish to feel comfortable traveling on our own. Not just in Ecuador but also into Peru, Uruguay, and Argentina—and our reduced expenses allow us to indulge in that kind of travel.

Most importantly for me, the better quality food and the outdoor lifestyle thanks to the great weather have meant a huge improvement in my health. I’ve gone from 329 pounds when we first started planning down to just over 200 pounds. I was taking two types of medication for Type II diabetes twice a day, which is now controlled by diet and exercise.

Looking back now, it is hard to believe the way our lives have changed, and how perfect a fit Ecuador turned out to be for us. As for whether it could be a good fit for you. Well, I suggest you do what we did, and plan a visit to see for yourself.

Ecuador is an incredibly diverse country for its size (about as big as Colorado), with a wide variety of micro-climates to suit every taste.

And now is a very good time to look for Ecuador real estate opportunities. To understand why, here’s a little background..

At the end of 2016, the outgoing government passed a group of laws that were less than popular. One of those laws raised the rate on the plusvalia, similar to a capital gains tax. This effectively raised the rates for most property transactions to as much as 75% of the profit on the sale. There is plenty of speculation on the politics of why this was done, but the end result was predictable—owners stopped selling.

Along came the new president who, with a referendum, overturned the plusvalia tax increase.

Almost immediately, two years’ worth of properties flooded the real estate scene. Since new construction continued during this period unabated as well, there is now a buyer’s market in Ecuador.

If that weren’t enough, the past year has seen marked improvement in the economy. Infrastructure improvements have continued around the country, with plans for a new international airport outside of Guayaquil, a proposed rail system to connect the interior to the coast, and even talk of the return of casino gambling to the coastal cities of Salinas and Manta.

Who knows, maybe you are where Rita and I were just six short years ago, looking around and thinking that we had it all figured out with no big changes on the horizon.

There’s nothing wrong with that of course, but we’ve learned that you never know what your future may hold. There is a wealth of new opportunities out there, just waiting for you to notice. All it takes is the decision to consider a different way of life, and to take a chance on a new path to follow.