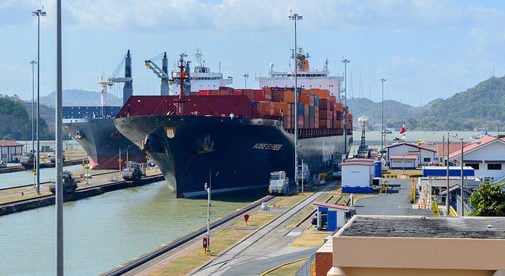 Panama’s culture has been molded in great part by the Panama Canal. Attempts to build the waterway brought French and American citizens here. The country, once a forgotten province of Gran Colombia, began to grow into an international hub. As ships from all over the world began to utilize the canal, foreign nationals began learning about and heading to Panama. Today, this tiny country is a true melting pot and has been dubbed the logistics Hub of the Americas.

The current Panama Canal expansion program is the first major expansion since the canal was built nearly a hundred years ago. It is also one of the megaprojects fueling Panama’s impressive sustained economic growth.

Panama has ranked as one of the fastest growing economies in the Americas since 2007. Earlier this year, the Wall Street Journal reported that the economy of Panama was slated to continue thriving “after posting double-digit growth for two straight years.” Bottom line, Panama’s per capita GDP has more than doubled over the past decade, thanks to a strong service sector that includes the $1 billion in profits generated by the canal every year.

The Panama Canal expansion megaproject (more than 60% complete as of August 2013) is adding a new set of locks on each end of the waterway: one set on the Pacific and one on the Atlantic. It is also widening and deepening crucial stretches to allow passage of Post-Panamax size ships—today’s mega-liners—which are too large for the canal’s original dimensions.

According to the Panama Canal Authority (Autoridad del Canal de Panamá, or ACP), the expansion will be profitable, yielding a 12% internal rate of return. Also, some 35,000 to 40,000 new jobs will be created over the project life. Per local officials, the most important impacts on employment will be medium and long term, thanks to extra income generated by the expanded canal.

2006 – Panama’s citizens vote via referendum to expand the Canal

2014 – The Panama Canal will celebrate 100 years of operation

2015 – The canal expansion is slated for completion

Explore the Panama Canal by Boat