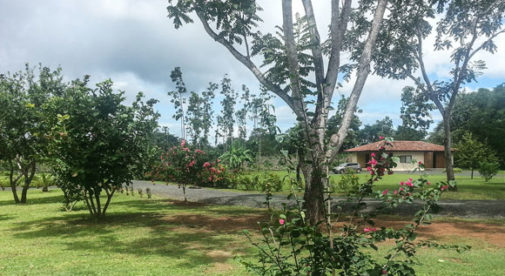 Something strange happens when you’re buying property overseas. It happens to cautious folks, wary folks, even savvy folks that are seasoned pros when it comes to buying real estate. It’s something you need to watch out for.

It’s getting caught up in the fine details of your contract…and, in doing so, losing sight of the forest for the trees.

A sale contract is a very important part of the buying process. It spells out your agreement with the seller. It covers who pays what, how much, and when. It details what you get—the kitchen cabinetry, the air conditioners, perhaps the light fixtures. And it lays out what happens if either you or the seller fail to comply with any of the contract clauses.

But it’s easy to get so immersed in the detail of the sale contract that you forget to check the fundamentals. Fundamentals like getting title to your new home.

A retiree showed me photos of a house in Costa Rica he planned to buy. It looked luxurious.

He loved its ocean views, its wide balconies, and its fancy finishes. But there was one big glitch. It’s not titled, I explained. And it’s in a zone where foreigners are not allowed to own property. If you’re going to spend $700,000 on a beach home, I advised him, at least buy one that’s titled.

Another expat approached me to ask about a project in Panama. Again, it wasn’t titled. It’s in a concession zone where you’re not supposed to build residential homes. Unfortunately I was too late in this case. The guy had already paid $500,000 for a condo in the project. He didn’t understand what he was buying. Ouch…

This is something I’ll cover in much more details at the 2015 Ultimate Retire Overseas Conference but ahead of that, keep this in mind: At Pathfinder, we recommend you only buy property with title, also known as fee simple or freehold title.

That’s the type of ownership you’re likely most familiar with back home. But you’ll see other ways of owning property overseas.

One is rights of possession property, known as derecho posesorio or ROP. The name says it all. With ROP, you get the right to live on the property, use it and enjoy it, until someone with a better claim shows up.

ROP land is sometimes common or shared land, given by the government to locals to farm.

Other times it’s land acquired through squatter’s rights, where folks move onto a property and stay there unchallenged for long enough to acquire rights, called adverse possession.

Occasionally it’s land that a family’s lived on and used for generations and simply never got round to titling.

If you’re considering a ROP property and the seller says that he can get a freehold title for it, great. But get him to do that as a condition of purchase. No title, no closing. Don’t try getting it titled yourself. It’s often complicated, costly, and time-consuming.

The other type of property you’ll come across is concession property. In many countries overseas, beaches are public. They’re inside a maritime zone. Governments often grant concessions, a type of lease, in this zone.

But beware the word “lease”. This is not the same as buying leasehold property back home where you get the benefit of laws and regulations governing how much you pay per year, automatic renewal of the lease and the cost of renewal.

That’s not the case with leases in concession zones. New governments sometimes decide they don’t like the decisions of previous officials—and may revoke the leases, change the terms or hike the cost.

There are some other restrictions with concession zone property. Foreign ownership of concession land is often restricted. And normally only tourist-type development is allowed—resorts and hotels, perhaps a dive shop or beach bar. But developers sometimes ignore this basic requirement.

So, before you get into the nitty-gritty of your sale contract, take a few minutes to ask your attorney the basic question: Is this fee simple/titled property? It can save an awful lot of headaches and hassle later on.

This special report covers information on the 25 things you must know before buying property overseas as well as some of the best places in the world to buy real estate…and is yours free when you sign up for IL’s daily postcards below.