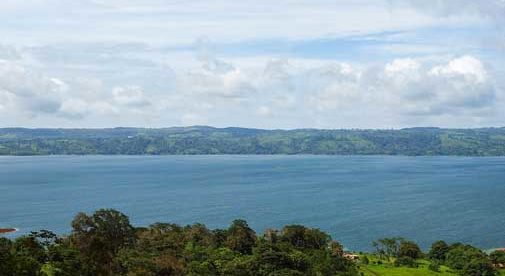 Having traveled in Costa Rica fairly extensively in the past, Ron Milewski—a photographer at the time—finally decided to make his move from Chicago 12 years ago. “I wasn’t exactly planning to retire, but I was definitely planning to take some time off, and afterward work less,” he says. “I didn’t know exactly what I’d do, but I had a little time. I made sure I had no debt and had some cash from selling a couple properties in the States.”

Ron says the most encouraging thing is that he has always found something new to discover. “I had moved around during my life in the States, and moving to a new place is always fun. Then you tend to get acclimated and things settle into a routine,” he explains. “Here I’ve never felt stuck in a routine, it has been exciting every step of the way.”

Discovering the world of rare, tropical fruits has been one of Ron’s greatest joys in Costa Rica. “I started small, just collecting different plants and seeds where I could, but today, my wife, Reina, and I have a 40-acre farm about two-and-a-half hours northwest of our home (in Santa Rosa), in Bijagua, on the side of the Tenorio Volcano—that’s a total passion project.” Ron says he grows 70 to 80 different species of rare tropical fruits.

Coffee has been another source of simple joy for Ron. “I’ve never had a bad cup of coffee in Costa Rica. I like to actually play a game of going into a store and finding the coffee with the ugliest possible packaging, just to see—and still, I haven’t found one I didn’t like.”

The climate and land have guided Ron’s life so naturally toward agriculture that he says he also enjoys growing all sorts of different plants and food on his own property for his family. The agriculture also helped in Ron’s sort of accidental discovery of his latest venture: chocolate making.

“It all started with a small-time farmer who had become my friend over the years—his land is near mine—he insisted I buy some of his cacao. It was so cheap and I’m always interested in new fruits and plants I thought what the heck,” says Ron. “So I bought some and started watching YouTube videos on how to make chocolate. Reina and I both love learning how to make and cook new things. A friend came over for dinner one night and tried one of the chocolate bars we had made from our first batch and basically told us we had to make more and sell it, because it was so good.”

To sum up his entire Costa Rican experience in a single statement would be difficult, but when asked to try, Ron says the closest would be: “People slow down enough here to really enjoy their life, and that’s what being here has done for me—I’ve had the opportunity to explore so many different passions and hobbies.”

Ron says the word “retired” sounds very boring, and his life is anything but boring in Costa Rica, so he doesn’t feel he fits into that category.