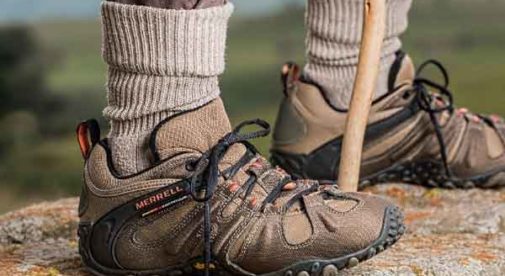 “Spaniards have a great attitude regarding work/life balance. The one phrase that I’ve heard repeatedly is: “We work to live, not live to work,'” says U.S. expat Alex Chang, the founder of Fresco Tours.

Alex’s company specializes in cultural walking tours of the Camino de Santiago. This pilgrimage route, also known as the Way of Saint James, has become increasingly popular in recent years, thanks in part to the 2010 film, The Way.

Alex moved to Spain about 25 years ago at a time when he was growing weary of his years on the corporate ladder. By that stage, he had lived in Arizona, Pittsburgh, Connecticut, and New York City. And, he had already grown fond of Spain.

In 1999, Alex walked the Camino de Santiago for the first time—describing the experience as a “going-away present” to himself.

“I had been living and working in Madrid for three years and it was time to head back to the U.S.—at least that was my plan. However, after finishing the Camino, I got a job as a guide leading adventure tours all across Spain. This was my introduction to the tourism industry and it was a perfect fit.”

In 2006, Alex established Fresco Tours, a company that includes tours in the Basque Country (in Spain’s north), as well as in the sun-drenched region of Andalusia (in Spain’s south). Fourteen bilingual guides lead Fresco Tour’s excursions, while six staff members work in the company’s headquarters.

Fresco Tours offers his Camino clients two options—either a full-service guided tour or a self-guided one.

For the full-service guided tours of the Camino, Fresco Tours takes care of lodging arrangements (often in manor homes, small inns, or three- and four-star hotels), meals, and luggage transfers. The availability of a support van also means that guests can walk less if they’re not up to completing the scheduled miles in a given day.

The self-guided Camino tour, on the other hand, gives clients more independence. Alex’s team provides lodging, breakfasts, and luggage transfers. A Fresco Tours representative also personally greets participants on the first day to give them an orientation packet and to answer any questions before they set off on their Camino adventure.

Alex says that his clients usually start off joining Fresco Tours on the Camino, but that many of them go on to become repeat customers.

“Twenty percent of our clients this year have traveled with us before,” he explains. “We launched a new walking tour of the Costa Brava, north of Barcelona, and in one week it was filled with former clients.”

While management tasks keep Alex from getting out as much as he would like, he says he still feels very lucky to be doing work that he loves.

These days, Alex lives in a suburb of the northern Spanish city of Bilbao, not far from the sea.

“My apartment is near lots of little shops (bakery, butcher, grocery stores) where I do my shopping. I’ve become a local. And I don’t miss the really big supermarkets of the U.S.” he says.

He also praises the public transportation and the fact that officials are trying to make Bilbao increasingly pedestrian- and bicycle-friendly. “I go to work every day on the metro to avoid traffic and parking problems in the city. I do have a car, which is necessary to really discover the little corners of Spain,” he adds.

Having lived in Europe for more than two decades, Alex has also come to appreciate the multitude of travel opportunities.

“Being in Europe is great as you have such a diversity of countries and cultures all at your fingertips: Norway, Germany, England, France, and Portugal are easy weekend trips. A wonderful surprise for me has been the discovery of Spain’s Canary Islands.”

When he’s not working or traveling, Alex likes spending time outdoors, closer to home. “Living near the sea, I’ve learned how to surf, which is a lot harder to do when you are 40 years old. I still get out and hike the Camino in my free time too.”

With friends, a son, and a successful business in Spain, Alex says his roots are getting deeper there every day. “My friends from the U.S. always ask me if I will be here forever. Forever is a long time, so it is hard to say, but at the moment, everything feels right.”