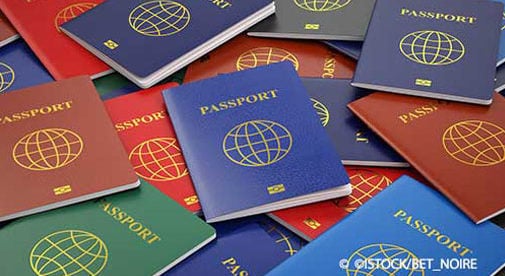 There are good reasons why citizens of many countries should, and indeed, have a right to acquire a second citizenship…particularly in a new country where taxes are reasonable and freedom is greater.

That new passport can expand your legal rights, allowing freer world travel with fewer problems from curious border and customs officials. When it comes to taking your life and assets offshore, few tools are more valuable than a second passport.

“In late March, President Donald Trump’s administration proposed a new rule that would require many people applying for a U.S. visa to list their social media accounts before being granted entry,” Bauman explains. “Applicants will be required to submit details of any accounts held in the preceding five years on sites such as Twitter, Facebook, YouTube, and LinkedIn.”

An estimated 14.7 million people a year would be affected by the rule, which includes submissions for both immigrant and non-immigrant visitor visas.

Those countries that have visa-free travel agreements with the U.S., such as the United Kingdom, would not be affected, but non-exempt countries such as China, India, and Mexico would be hit.

“Now, picture how that could work the other way around,” Bauman says. “Countries without visa-free travel arrangements with the U.S. might impose similar restrictions—either as a reaction or for reasons of their own—and suddenly your U.S. passport makes it difficult to get in.”

This is where a second passport can come to the rescue. If you hold multiple passports from countries that have varying visa-free travel arrangements, then you are insured against negative effects from changing visa laws.

“A country you want to visit, live, or do business in suddenly decides to restrict U.S. citizens from entry? Simply travel on your European or Caribbean passport and you can breeze through customs without a second glance” says Bauman.

It’s just one of the many ways that a second passport can make your life easier if you have any interests overseas.

Though not commonly known, the legal right to dual citizenship—and with it the right to obtain and employ a second passport—is available to millions of people worldwide.

How to Get a Second Passport

Obtaining a second passport may not be as difficult as you think. There are three main routes to acquiring one:

1. By place of birth—where the laws of the country in which a child is born make them a citizen automatically, as in the U.S., where the 14th Amendment does this. This principle is expanded by what is known as “sanguinity” (blood relationship) citizenship based on that of one or both parents, or even grandparents in some countries, such as Ireland and Italy. This relationship is perhaps the easiest and fastest route to a second passport.

2. By official naturalization—which usually involves a specific period of prior residence in the country. Almost all countries have a route for foreigners to obtain permanent residence, linked to marriage, a job, starting a business, or other commitment to the country. On average, this means living in the country for five years.

3. By purchasing economic citizenship—this usually involves an investment in the country or payment of a substantial fee. Some countries offer this in exchange for investment in real estate, starting a business, or payment to the government. Among these countries are St. Kitts and Nevis, Dominica, Cyprus, and Malta. These citizenships involve an extensive due diligence process and investigation.

The key elements to look for in a legitimate second passport via economic citizenship are:

• Acceptability of the country’s passport for visa-free travel to major world zones, such as Europe and North America;

• A robust due diligence process intended to weed out bad apples, since these can result in withdrawal of visa privileges—something that has happened before; and

• A country that would make a genuinely attractive second home if the need ever arose. There’s no point in having a place to go in a pinch if it doesn’t suit you.

Where to Get a Second Passport

For low cost and quick action, there are two countries that stand out, based on the ease of acquiring immediate residence:

• The Republic of Panama has a special Pensionado law that welcomes foreigners as new residents, especially retirees. Another law grants immediate residence, and later citizenship, to foreign investors who create new businesses and jobs. Panama has a sound banking system, a stable government, and enjoys one of Latin America’s strongest and fastest growing economies.

• Another good option is Uruguay, an open and free South American country that welcomes new residents. Here any foreign visitor can apply for permanent residence and remain while the application is processed. An established local residence and proof of self-support of about $1,500 a month minimum is needed. Citizenship may be granted after three years, (two years for retirees), during which you must spend most, but not all, of your time there.