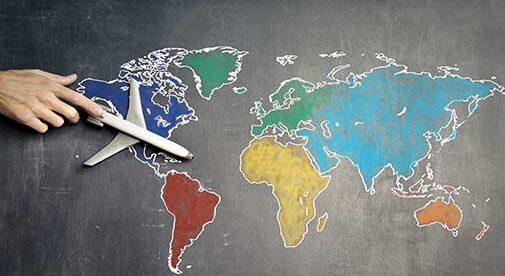 When someone says you should be “lined up and shot,” you know you’re doing something right.

That not-so-veiled threat was offered by a reader in March after I predicted that the fallout from this crisis would create life-changing real estate opportunities.

Of course, I’m aware of how it looks to point out a profit opportunity during a global crisis.

But the thing is, this crisis was well overdue. The economic cycle was due a downturn. It just so happened that this time it was triggered by a pandemic.

I could have kept my mouth shut. It certainly would have saved me some grief. But, in doing so, I would have been doing a disservice to readers and to members of my Real Estate Trend Alert.

The single best way I can support people during times of turbulence and uncertainty is to share the expertise I’ve acquired over two decades as a real estate scout and investor.

People wait years for opportunities like the one we’re seeing unfolding right now. It’s the kind of buying moment that investment firms stockpile their money for. And it’s a rare chance for ordinary investors to see the kind of gains that create real and lasting wealth.

Following the financial crisis in 2008, I saw gains in excess of 100% from many of my recommendations. For instance, on Spain’s Costa del Sol, I recommended condos that were going for €99,000 at the time. A few years later, values had more than doubled.

It was a similar story in Dublin, Ireland. I recommended condos close to the city’s International Financial Services Centre (IFSC), and close to where you’ll now find tech companies including Twitter, Facebook, Google, and LinkedIn. They listed far below true value at €140,000. Last I checked, a condo here lists for around €365,000 plus. And you could charge €2,350 per month in rent.

We’re seeing similar opportunities right now. And had I not spoken up at the beginning of this crisis, we would have already missed out on the first wave of deals…

Many of your fellow readers—who have now secured once-in-a-lifetime deals—would have missed out on the chance to boost their retirement fund, buy the home they had previously only ever dreamed of, or lock-in an inheritance for their grandkids…

We’ve negotiated for developers to include additional perks with existing RETA deals, such as our Edena opportunity in Tulum, where I was able to get a free swimming pool with each home…

We’ve had the opportunity to lock in flash deals from motivated sellers with discounts as high as $569,000. (That figure is not a typo, by the way.)

And currency fluctuations in places like Colombia and Brazil have presented unprecedented buying moments, with savings of 30%…40% on top of already discounted real estate.

As the crisis worsened, the prices just kept getting lower and lower…and the deals keep coming…

And the thing is, our window won’t last forever.

The world is already starting to open up again. Once regular air travel returns, the decades-long growth of international travel and tourism—which drives real estate values across my beat—will continue. The way we travel will be different, of course. We’ll see more slow travel…more remote workers freed to live and work from anywhere in the world. This crisis is the great accelerator of trends that savvy real estate investors have been profiting from for years.

Right now, we have a moment to lock down real estate in the most desirable places in the world while prices fall, way out of whack with true value. I’m talking discounts of 20%…30%…even 50% on best-in-class real estate in jet-set destinations like Mexico’s Riviera Nayarit, Cascais in Portugal, and Brazil’s Copacabana.

Plus, I have a very important announcement I’ll be sharing with you soon.

The Cork Connection and a Video of Tulum