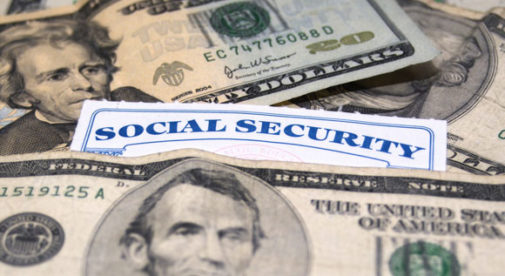 It’s one thing for baby boomers to have little or no understanding about how their Social Security claiming options work: this can be corrected with education.

A far greater concern is misinformation about the program: specifically, the widespread—and mistaken—belief that the Social Security program is going to run out of money.

This pervasive belief leads to poor claiming choices for millions. The thinking goes like this: “Well, if it’s running out of money, I better file my claim as soon as I can so I get as much as I can before the spigot runs dry…”

Nearly half start their retirement benefits right away, at age 62; over 90% have claimed by Full Retirement Age (currently 66). That means only about 10% wait to claim between 67 and 70.

In fact, most people would do much better waiting to claim later. What difference does it make?

So what are those who should “know” saying about Social Security? In case you haven’t noticed, we have an election looming next month. If Social Security is truly running out of money, surely the two candidates will have much to say on the subject.

Well, they do…but not perhaps what you might think. In fact, both candidates essentially guarantee that they will do whatever is necessary to preserve and protect the program in order to deliver all scheduled benefits. Not the slightest hint that benefits will have to be cut, much less that the program is going to go broke.

What’s going on here? Is there a secret conspiracy by both parties to hide the imminent collapse of Social Security as we currently know it?

While I’m no expert on conspiracies, there is a much simpler explanation for why so many believe that Social Security is running out of money.

Each year the trustees of the Social Security program report on the solvency of the program based on the most recent data. They are always peering 75 years and more into the future, adding another year with each new report.

Here’s what they see currently: If nothing is done, sometime in the mid-2030s, there will be a shortfall that would reduce benefits by about 23%. Think about that: in about 20 years if nothing is done, a benefit cut on the order of 23%…

Did I mention we have 20 years to fix this problem?

What would it take? It turns out, not so much. A combination of tiny increases in the tax rate, an increase in the wage limit subject to payroll tax, a gradual increase in the retirement age, and/or modification of the cost of living adjustment would do the trick easily for another 50 years.

We are talking about changes with plenty of room to compromise so each side gives a bit, changes so modest that few would even notice once the law was passed. By the way, we made changes like this in the program back in 1983…modest changes that fixed the program for 50 years. We can do that again.

It’s important to understand that Social Security will be there for us. Once we do, we can begin to focus our education on learning how to get the most out of our benefits.