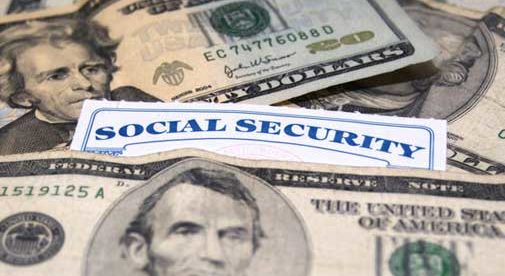 People often ask me how Social Security became so complicated. The answer is that it didn’t start as the simplest possible system to begin with; then over the decades it has morphed to ever-greater complexity due to legislation, regulatory orders, and court rulings. Let’s take a look at how just three of these changes came to be.

Your “birth month” is the month you were born, right? Wrong. At least where Social Security (and the federal government) is concerned… Way back in the 1800s, long before Social Security, a claimant sued over a federal benefit program to assert that because he was born on the 1st of the month, he was technically that age at midnight the day before, having completed 365 days at the prior age on that date—which would make his birth month the prior month. He won his case.

What’s the point? Well if you were born the prior month for Social Security purposes then that’s the month that you first qualify for benefits, entitling you to an extra month of benefits no matter when you start them. That could be $2,000 to $3,000 extra dollars in lifetime benefits for being born on the 1st of the month as opposed to the rest of the month.

In addition, if you happen to be born on January 1, then you technically “reached” that age in the prior year, on December 31. That could actually result in much more money, especially for those born in the transition years of 1955 to 1960. Why? Folks born in those years see their Full Retirement Age (FRA) increased by two months: 1955 is 66 and two months, 1956 is 66 and four months and so on to 1960 when FRA is 67. Anyone who can claim the prior year as their birth year by virtue of a January 1 birthdate will enjoy slightly higher monthly benefits, no matter when they claim, than everyone else born that year.

Divorce can be messy and the animosity can long outlast the divorce decree. It was especially true in the 50s, 60s, and 70s (before women more fully entered the workforce) that often one partner in the divorce—typically the woman—had limited opportunity for gaining income, especially after a long marriage during which she was primarily the home-maker. Even after the divorce, her access to any spouse benefits often depended on the goodwill of her ex: he needed to file for his benefits before she could file for hers. A particularly vindictive ex-husband with plenty of other money could choose to never file, effectively cutting her off from her benefits.

That didn’t sit well with Congress who changed the rule in 1985. Since that time, she (or he) can file a spouse claim for which they are otherwise qualified even if the former spouse has yet to start their benefits. The Social Security Administration will never let the ex-spouse know that the claim has been filed or is being collected: that’s private information and doesn’t cause the ex-spouse or any new spouse of theirs any harm in terms of their benefit rights.

The survivor rule states that when one person in a marriage passes away, the survivor is eligible to receive an amount equal to the higher of the two benefits at the time of death. While this benefit is usually an important financial lifeline to many widows and widowers, what if the survivor falls in love again and remarries? Under the original rule the survivor would lose their benefit because they would have to look to the new spouse for benefits, if any.

Suppose Jennifer is 66 when her husband dies, making her immediately eligible for an amount equal to the $2,500 he was collecting when he passed away. Two years later she would like to marry Tom who collects a $2,000 benefit he started at age 66. If they marry, her survivor benefit would disappear (under the old rules) and she would be limited to a spouse claim of $1,000 against Tom. That’s a net pay-cut between the two of them of $18,000 a year. Given their life expectancies that could cost them over $300,000.

When it was pointed out to Congress in the 1970s that the Jennifers and Toms of the world were choosing to “live in sin” rather than marry in order to avoid this financial loss, a new rule was passed: Jennifer (or any survivor) can remarry after age 60 yet keep their original survivor benefit.

So yes, Social Security rules just get more and more complicated. Still, if we are aware of this complexity we can focus on those rules that are likely to apply to us at various turning points in our lives so that we can be sure to maximize our chances to collect all that we are due.

Imagine searching for a place to retire for over a year and practically tripping over a top contender—filled with a stately grace, colorful cobblestoned streets, delightful garden cafés, and ancient churches at every turn—and then discovering it comes all wrapped up in an affordable package.

During high season in Nicaragua, “head for the hills” is the phrase of choice for many expats who live near the beach. Because the beach is where everyone else goes. When the sun is at its hottest, work-weary people from all over the country head for the beautiful waters to refresh, rejuvenate, and party.

At first glance, you might assume the bustling European capital city of Madrid is just like Paris, London, or Rome, but I’ll let you in on a little secret: it’s even better. The underlying authentic Spanish charm Madrid effuses from all angles sets this affordable city, which many locals refer to as “El Gran Pueblo” (the large village), apart.