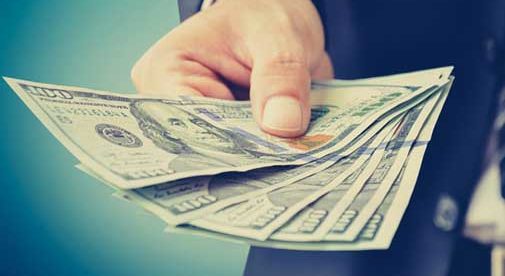 Get Your Your Own Home Overseas Report Now

Sign up for Your Own Home Overseas free e-letter and receive a special report "The Top 10 Locations to Own a Home Near the Water for $150,000—or Less!"

Not long ago, when someone said “income investing,” they were probably talking about investment-grade bonds and bank CDs. Back then, it wasn’t hard to find a safe, steady 5%-plus yield.

Fast-forward to today’s low-interest-rate world and you’ll find generating a 5% yield is far trickier. The highest-yielding CD I could find currently pays 1.4% (and that’s for a three-year deposit).

But the launch of equity crowdfunding has offered a new income alternative…revenue share agreements.

Let’s look at a live deal to get an idea of how these work.

South Austin Brewery (SAB) is currently raising up to $1 million on Wefunder.

The company is offering investors 10% of net revenues until one-and-a-half times their money is paid back (principal plus 50%). Payments are made quarterly.

In this case, “net revenue” is defined as total sales, minus shipping costs and returns.

This deal has an interesting sweetener for early backers. And in this case, it definitely pays to read the details. Because if you invest in the first $200,000, you get up to twice your investment back instead of one-and-a-half times. That’s a huge difference in returns.

So, how long will it take to get that one-and-a-half or two-times return? The answer will depend on the company’s growth and the total amount of money raised.

Founder Martyn Buffler estimates a two- to four-year payback period. If SAB can pay back the loan with interest in that time period, investors will be rewarded with a yield that beats just about everything I know of.

Of course, there’s always the possibility of default in these types of investments. And they’re not secured in the same way a typical bond is. Still, I think these types of deals are extremely promising.

I have mixed feelings about these revenue share deals. On one hand, the concept is fantastic and potential returns are high. The thing that bugs me is this: If SAB ends up raising the full million dollars, it could take a while to pay everybody back. As an investor, I’d be rooting for the round to be as small as possible.

I should note that the $1 million max is specific to the SAB deal. Some choose to cap their round at $100,000, $500,000, or somewhere in between. Those types of offerings would have less “overfunding” risk and would probably pay back investors faster, on average.

For now, I’m holding off on investing in any of these revenue share deals. I’m primarily interested in equity deals, but I’ll continue to watch the space for attractive opportunities. Overall, I believe we’ll start seeing more of these deals. The concept of supporting small business, while simultaneously seeing a solid return, has tremendous potential.

And if one of my favorite local restaurants was doing one of these deals, I’d absolutely participate. There are rewards for this type of investing that go beyond money. It’s fun to support local businesses you like, and this is a new, unique way to do that…while also providing the potential of strong returns.

Now that we’ve seen a fair number of successful revenue share offerings, many more will follow. 2017 should bring plenty of alternative income deals for adventurous investors.