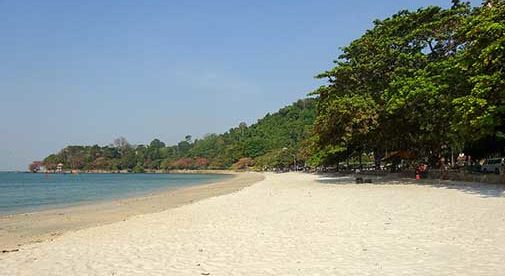 Learn more about the best places in the world to retire in our daily postcard e-letter.
Simply enter your email address below to sign up for our free daily postcards and we'll also send you a FREE report on The World's Top 10 Retirement Havens.

I began looking into an overseas retirement in 2015. I truly love the U.S., but I couldn’t afford to live there on my Social Security and I’ve had a need for adventure all my life, so becoming an expat was a necessary step.

Now, after traveling to nine different countries in search of that perfect spot, I’ve met and gotten to know quite a few expats like myself. I’ve found that they tend to have several personality traits in common. Perhaps you’ll find yourself in these:

I think this is the most common attribute I’ve witnessed. It takes an adventurous spirit to venture out into the world, let alone choose to live outside your own country and comfort zone.

A Canadian couple I met in Cambodia exemplify that characteristic. They’ve been on a search for a restaurant and bar location in Asia for a couple of years, experimenting along the way with foods and countries and unfailingly willing to try something new.

Ready for a change

There seem to be any number of things that have set expats on their journey, but at the root it’s a need for change. Perhaps, like me, poverty living on Social Security prompted them, while with others high levels of stress seems to be the main factor. Regardless of the reason, they were prepared to make a change.

One woman I became very close to in Portero, Costa Rica, moved there when the 2008 recession hit and she couldn’t find a job in the States. She’s still there, a community fixture now.

Open to other cultures

The vast majority of expats I’ve met have been accepting of the cultural changes required to adapt to a new country. It may be learning to slow down and move at the locals’ pace, or the willingness to learn a new language.

For one prosperous businessman in Guatemala, it was the indigenous people—Mayans—that first attracted him and he’s remained in the country for 30 years, deeply involved with the locals.

Whether you move to a permanent new home or rove the globe, international living requires a certain ability to reassess the amount of “stuff” you really need. Before I ventured out internationally, I chose to downsize and lived in a 23-foot RV for five years. Because of the limited space, I learned to resist buying things I didn’t need. Now, it’s instinctual.

A man in his mid-50s, whom I buddied up with in Granada, Nicaragua, travels internationally six months out of each year, with nothing more than a backpack. Although he has a home in Scotland, he enjoys throwing off the shackles for half the year and carrying his home on his back.

Most of the people I’ve met are a little outside the “norm,” myself included. Some are creative souls, some adventurers, and some are just quirky in various wonderful ways. I’ve met artists, musicians, and writers, as well as former educators, government workers, accountants, and business owners. No matter what their method of earning a living, they all perceived of themselves as unique and to my eyes they were.

One gentleman, Kirk, whom I met in Guatemala, had biked his way through Mexico and onto Guatemala City. I found him fascinating, in part for his total lack of fear or anxiety about being so vulnerable on a bicycle in a foreign country. At his age, 60-something, he was full of energy. Kirk is not your stereotypical “older” man.

If you find you share some of these traits, you may, indeed, either be an expat…or one in the making. I urge you to embrace this marvel and explore the possibilities. Get out there and travel to your favorite locations. Perhaps commit to a year abroad. Becoming an expat, you automatically join a unique and wonderful group. Whatever it takes, make your dream come true.

Wherever you are in the world, rent tends to fall into two categories; either an outrageous burden or a relative joy. In Cambodia paying rent is definitely not a burden thanks in no small part to the reasonably priced properties that are available for expats in places like Phnom Penh and Sihanoukville.

Nicaragua opened up a whole new world for Paul, Marisa, their two kids Owen, 11, and Abigail, 8, and their three dogs…not least in slashing their cost of living. “Comparing our expenses in the U.S. with Nicaragua is pretty comical,” says Marisa.

Learn more about the best places in the world to retire in our daily postcard e-letter.
Simply enter your email address below to sign up for our free daily postcards and we’ll also send you a FREE report on The World’s Top 10 Retirement Havens.