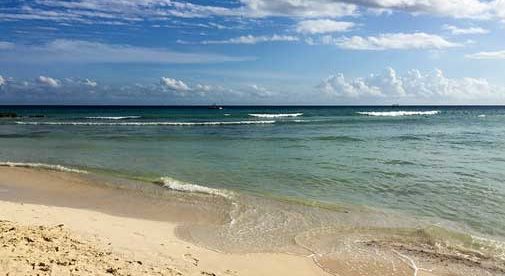 If you’re contemplating moving to a Spanish-speaking country, then learning to speak Spanish really has to be on your to-do list.

But here’s the cool part…you don’t have to learn tenses or be able to read Spanish literature. You just need enough to get by.

If you can say “I need” in Spanish and you know a bunch of verbs like “to speak” or “to study” or “to run” or “to go”, then you’ve already learned a lot. Add on a few important nouns and you are immediately creating sentences that allow you to express your needs.

You’ll be amazed the difference even a little basic Spanish will make to everyday life, or dealing with those unexpected situations that we all come face-to-face with.

Take Cissie Jones, an expat living in La Manzanilla on the Pacific Coast of Mexico, who told me a story of how she used a little Spanish to turn what could have been a real headache into a mild inconvenience…and a learning experience to boot.

“One morning I woke up, flushed the toilet and turned on the water to wash up,” she told me. “Nothing. No water. I ran to the kitchen, also no water. Dishes were in the sink from last night’s dinner and cocktails with a couple of friends. What now? ‘I have to get José over here,’ I thought. I went to my phone and called his number.

“The phone rang and a lady answered. ‘Is José there?’ I asked. ‘No ma’am. What do you need?’ ‘No water in my house. I need José,’ I replied. I left my name and telephone number, and the lady told me José would call in about 20 minutes.

“I’ve known José for over a year. He usually does what he says he will, so I relaxed and went about my morning’s business. In about half an hour the phone rang. I repeated my problem to José and asked him when he could come.

“José showed up that afternoon. He found the problem and I learned a new word: fuga. It means leak. He needed a part so I gave him the money and by that evening water was restored.

“I had my dinner, washed those dishes, took a shower and as I got ready for bed, I replayed the day’s events in my mind. I did that whole thing in Spanish. I grinned, pleased with myself, and chuckled. It was crappy Spanish, but I got José.

“I went to bed realizing that I am a 68-year-old woman living alone in a Spanish-speaking country and I am getting along just fine.”

Cissie’s story is just one example of how I have seen expats use basic Spanish to solve problems that would be much harder to resolve otherwise.

Of course, this is what we all want to do when we begin to learn Spanish. We want to be able to express what we need and we want to be courteous to the people that we’re talking to.

With just enough Spanish, you can be chatting with a grocer, giving directions to a taxi driver, and making friends with your local neighbors…whether you’re setting up home on a warm beach in Costa Rica…a mountain village in Ecuador…or an old colonial town in Colombia.

I have seen many of my students become fluent Spanish speakers…others have learned just enough to get by. But I have seen them all create magical fulfilling lives for themselves. I have seen old folks become young again, just by reinventing themselves through Spanish.

7 of the Best Cities in Spain to Retire

As I approach retirement, I realize that I will want my day-to-day life to be convenient. And, for me, having the option of walking to and from the places that supply what I want and need will be important. It will be crucial to live in a city where I can find the daily necessities and minor luxuries within walking distance of where I live.