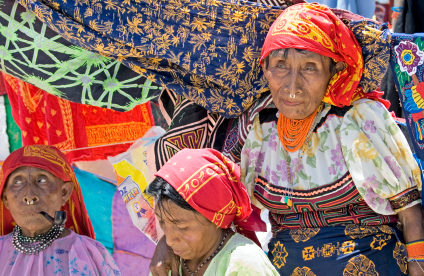 If you’re looking to retire or move abroad—but would like to find new ways to make money—you may want to consider getting involved in tourism in Panama. (And even if you’re not looking to work here, you sure can prepare to enjoy the many new and exciting offerings as a tourist in Panama.)

Panama’s tourism sector is experiencing a rapid recovery from the brief slowdown sparked by the 2009 global crisis. Industry experts estimate 12% growth for Panama tourism in 2011. There are ample opportunities for investing, especially with regard to  ecotourism, cruisers and residential tourism.

Law 8 of 1994 regulates tourism in Panama and offers incentives and benefits to a wide variety of projects. Hotels, condominiums, ecological tourism, and restoration of historical buildings and monuments are just some of the areas in which you could benefit.

For anyone investing in specific Panama tourist development zones, the following incentives are available:

Tourism in Panama: A wide range of possibilities

Establish lodging facilities, a convention or historic center…found a park or cultural outreach office…film a documentary or promote international cultural and sports events…there are a great many activities that fall under this law’s purview. You might even be able to obtain a certificate of tourist employment (CEDT), allowing you to work in a tourism-related business here.

The industry backbone has primarily been business-oriented, with the many seminars, conventions and trade expos hosted here bringing in big returns. And while there will always be opportunities in the business tourism arena, eco-tourism may soon catch up.

Panamanian Tourism Minister Salomon Shamah says, “Panama is the best natural-kept secret in the world: 40% of forests are protected areas and the country provides over 2% of the world’s oxygen.” The nation is sanctuary to hundreds of species—many of them endemic. Seven major indigenous groups continue to live traditionally in vast nature reserves, and small groups of tourists are often welcomed to see and share in their lives.

The hotel industry has been moving fast to meet an increased demand in lodging space. In 2010, planned Panama hotel investments totaled some $700 million, representing approximately 5,000 new hotel rooms. According to market researcher STR Global Panama’s capital beat out other cities in the region to take the top spot for most hotel rooms in the development pipeline and under construction.

In the countries category, Brazil topped the index with over 7,000 rooms. Surprisingly, tiny Panama came in second. To put the news into perspective, Brazil is slightly smaller than the U.S., while Panama is about the size of South Carolina.

The Tocumen Airport expansion is ongoing and total investment is over $68 million. The airport known as the Hub of the Americas is home to Panama’s Copa airlines, which will soon boast additional connecting banks, new aircraft, and service to seven new cities: Toronto, Nassau, Brasilia, Porto Alegre, Chicago, Cucuta, and Asuncion. By the year-end, Copa will serve 57 destinations in 28 countries.

“Copa Airlines is one of the most successful and fastest-growing airlines worldwide. We have a long record of steady and profitable growth, having established our position as a leader in Latin American aviation by providing the best connectivity in the region…” said Pedro Heilbron, CEO.  “Our success has benefitted Latin America, promoting business and stimulating tourism, creating jobs in Panama and throughout the region.”

Operating from its Hub of the Americas in Tocumen International Airport in Panama City, Copa Airlines offers more international flights and destinations within Latin America than any other hub on the continent. Copa has even launched mobile website m.copaair.com, making it the first airline in Latin America to boast electronic boarding pass capability.

As if that weren’t enough to convince you that the time to invest in tourism in Panama is now, get this: the country is about to launch a worldwide advertising campaign. The new campaign will promote the country as a premier tourist destination, highlighting the beautiful beaches, exuberant nature, diverse culture and, of course, the main tourist attraction…the Panama Canal.

The campaign emphasizes Panama’s connectivity and easy access as the eighth largest air hub in the world and the “crossroads of the Americas.”

The Economy in Panama