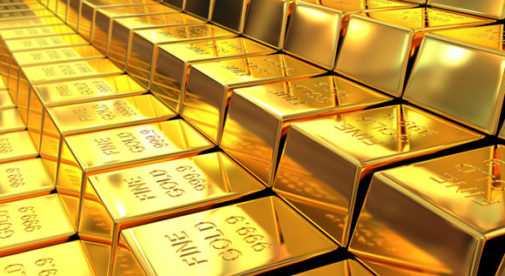 FATCA, officially known as the Foreign Account Tax Compliance Act, is probably the worst law that most Americans don’t know about…especially if you’re a U.S. citizen thinking of investing outside the U.S.

It basically requires you to tell the U.S. government a yearly breakdown of all financial accounts you hold outside the country—from bank accounts to companies to rent-producing real estate.

Thankfully though, there are loopholes. Certain asset classes are not reportable…no matter how much you own.

One such asset class is personally-held precious metals—gold, silver, platinum, and palladium.

There is some debate as to what “personally-held” actually means. The IRS hasn’t been completely clear about this. When advising my clients I define “personally-held” as physical metals held in a safety deposit box, a private storage facility, or somewhere outside the financial system…in the garage, behind a big rock, or buried in the garden.

Some years back a client of mine purchased an old farmhouse in the south of France. He flew in a contractor from the U.S., blind-folded him and drove him out to the farmhouse straight from the airport.

The contractor then went to work carving a great big hole in the concrete foundation of the house. He installed a large floor safe, which was then filled with a few million dollars’ worth of gold. Concrete was then poured over top to seal the treasure in.

A rug and some furniture later and no one was the wiser. And according to the U.S. government, this stash was not reportable. Only the client and his wife knew exactly where the gold was. That made them feel a lot safer in case of any wealth confiscation.

Granted, this is an extreme case. And while it’s certainly an entertaining story, it’s not the norm.

It’s the Canadian metal storage solution—naturally best for people who lived reasonably close to our northern border and don’t mind heading across from time to time. But even if you don’t live too close to the Canadian border, if you’re truly serious about keeping some percentage of your assets undercover, it’s worth giving this strategy some consideration.

Here are the four steps to safely, and legally, store your metals in Canada:

Step 1: Begin a relationship with a bank in Canada. Most will still accept Americans including RBC (Royal Bank of Canada) and BMO (Bank of Montreal).

Step 2: Make a deposit in the bank under $10,000 to keep the account non-reportable.

Step 3: Either rent a safe deposit box at that bank or get a box at a nearby private vault.

Step 4: Make periodic visits to Canada, and at each visit, withdraw a portion of the account balance to purchase gold or silver coins for storage in the safe deposit box or private vault. Then you can replenish the account…always taking care to keep the balance well below $10,000.

Over time, the value of the metals you accumulate could be well over $10,000.

To open an account in Canada, you’ll need to make a personal appearance and bring your passport, driver’s license, a utility bill listing your home address, and possibly a bank reference. Simply contact a branch in the city where you want to open an account and make an appointment.

So, while FATCA can be intrusive and costly, it’s good to know there are ways around it.

Sign up for our Free Daily Postcard e-letter and we’ll immediately send you a FREE research report on the most desirable — and cheapest — retirement havens available to you today.