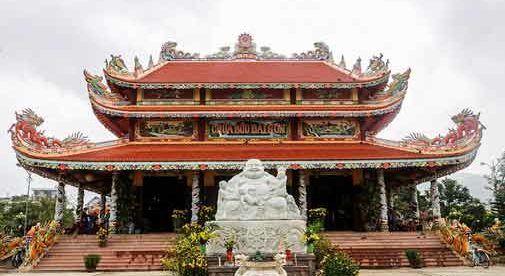 Vietnam stretches for more than 1,100 miles from north to south, and the climate ranges from cool-weather pine forests in the Central Highlands and the far north to steamy tropical jungles in the south. You’ll find that any time of the year is a good time to see all that this geographically diverse country has to offer.

What about the weather?

Mild, spring-like temperatures are typical year-round in the high country of the Central Highlands, including the popular resort town of Dalat. The northern subtropical regions, which include Hanoi and Halong Bay, have four distinct seasons. Sometimes, it’s even cold enough to snow during the winter months in the far northern mountains. The temperatures become warmer as you head farther south. Constant breezes along the South China Sea keep Vietnam’s many seaside towns mild throughout the year.

Vietnam has both wet and dry seasons, so if you’re planning a lot of outdoor activities, it’s more important to consider precipitation than temperature. Constant drizzle and day-long rains are few and far between, though. It is possible to enjoy sunny days throughout Vietnam at any time of the year, although there is always a chance of rain, even during the driest months.

In Hanoi and other northern areas, October through April are the driest and temperatures are mild and comfortable, though it can get down into the high 30s F and low 40s F in January and February. Along the central coast, where you’ll find the popular resort towns of Da Nang, Hoi An, and Nha Trang, the dry season typically lasts from February through July; typhoons and tropical storms are a possibility between August and October. In Ho Chi Minh City and the south, the dry season runs between December and April. November through March are typically the driest times to come to Da Lat and other towns in the Central Highlands.

Tet: The Biggest Holiday of the Year

For an unforgettable cultural experience, visit during Tet, Vietnam’s Lunar New Year celebration. The exact dates of this week-long holiday vary according to Vietnam’s lunar calendar, but it is usually celebrated sometime in January or February. If you have Vietnamese friends, you will likely find yourself invited to the countryside to experience the ancient traditions of Vietnam’s most important holiday. If you don’t know any local people, consider a homestay during this time rather than a hotel.

Tet is a time to celebrate the coming of spring; a time of feasting, and for visiting family, friends, and neighbors. You’ll be treated to special, seasonal food and drink and encouraged to eat and drink until you are full. Houses are cheerily decorated with ornamental kumquat trees, their bright orange fruit reminiscent of ornaments on a Christmas tree. There are all manner of flowers, branches laden with tender spring blossoms, and other festive trimmings in homes and businesses. The streets swirl with holiday shoppers and local pagodas are packed with devotees. Fish are released into rivers, lakes, and ponds—they are believed to take prayers to the gods and bring good fortune to the recipient who freed them—prayer paper is burned, and dozens of other rituals are observed.

If you are fortunate enough to find yourself in the countryside, you’ll have countless opportunities to interact with friendly locals who will insist on including you in their celebrations. Foreigners are considered lucky—wealthy and healthy enough to be able to travel to Vietnam, and just a bit exotic. You’ll be treated like an honored guest, since many Vietnamese families believe that your presence will bring luck and good fortune to their homes at the beginning of a new year.

A word of caution, though—if you have no interest in being a part of the celebration, this can be the worst time to visit Vietnam, as many businesses, including hotels, restaurants, and tour companies, will be closed—some for weeks—while the Vietnamese celebrate the new year with their families and friends.

Fascinating traditional festivals are held in temples and towns throughout the year. Dates shift as—similar to Tet—their occurrence is based on the lunar calendar. Annual beach festivals are held in Nha Trang, Da Nang, and Vung Tau (Ho Chi Minh City’s nearest beach resort). These festivals often include fireworks and free concerts. In late spring there are kite festivals in Hoi An and Vung Tau, and an annual coffee festival is held in the Central Highland’s town of Dak Lak. In August, Da Nang hosts the Accor Vietnam World Masters 2017 golf tournament. 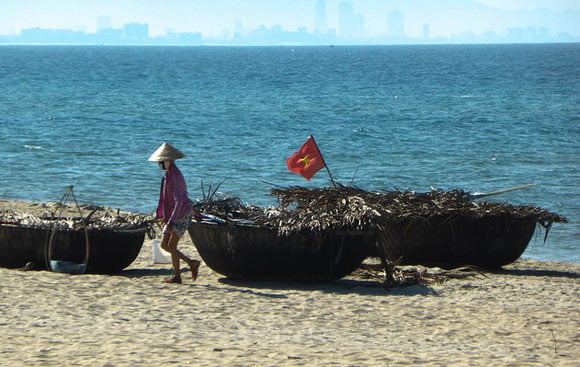 Wherever you are in Vietnam, you’ll find that the cost of living is very low. Even in the most expensive cities—Ho Chi Minh City and Hanoi—two people can live well for less than $1,500 per month. If you’re hoping to find an even lower cost of living than that, my advice is to head for the beaches. 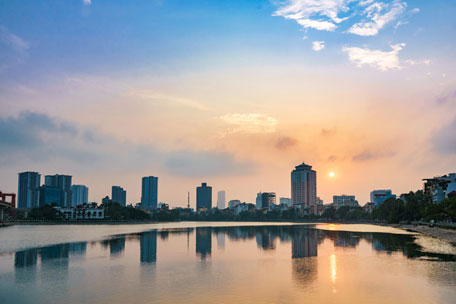 Vietnam is one of the most scenic countries I have ever explored. No matter where I go, I’ll find something beautiful, odd, or just different than anything I’ve ever seen before.