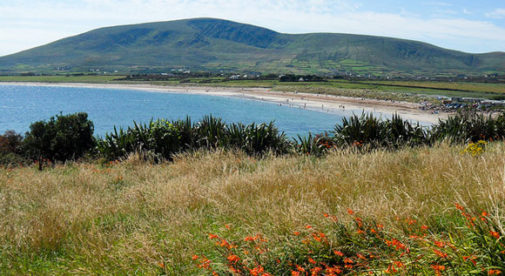 Is it un-American to go offshore?

In the United States, government officials and the U.S. Internal Revenue Service have for years done their best to convince people that obtaining a second passport is somehow crooked, even unpatriotic. The media persists with this steady drumbeat of negativity, even though the U.S. Supreme Court has repeatedly upheld the legal and constitutional right of U.S. citizens to hold dual or even multiple citizenships.

Indeed, a second passport—a second citizenship—is one of the most important tools in any sovereign person’s personal and financial toolkit.

This idea that it is unpatriotic for otherwise good Americans to have foreign bank accounts, own foreign investments and real estate, and live in foreign lands has long been the unspoken policy of the U.S. Internal Revenue Service and other government agencies.

In fact, I even once heard an assistant U.S. Attorney General publicly state to a conference of several hundred lawyers and bankers in Miami that, at the U.S. Department of Justice, whenever an individual had offshore accounts, he or she was assumed to be engaged in something that was probably illegal.

Despite this pressure from the top, attitudes among the public about offshore measures are changing…

It’s been slow up to now; that makes sense when you consider human nature, which dictates that most folks prefer to make and save their money in their home country. After all, most people are comfortable with the familiarity of their domestic economy of our home nation, even if the government is near bankrupt as it is in America.

But most do not realize the ease with which a second passport can be obtained. This is especially true if you have a parent or grandparent who is, or was, a citizen of selected foreign countries including Ireland, Italy, or Poland among others.

There are many good and sufficient practical reasons why aware Americans should “go offshore” financially—simple financial survival first among them.

At a time when the United States government is deeply in debt (over $18 trillion) and the president and his radical allies are promoting wealth redistribution, with major banks still on the brink, prudence dictates offshore planning and activity.

Offshore you can find far greater asset protection, stronger financial privacy, higher returns in carefully selected markets, more diversification of investments and among currencies, increased safety and security, both personal and financial, and deferred taxes on annuities and life insurance.

Unfortunately relatively few Americans are taking advantage of the fruits of global diversification. I think you owe it to yourself and to your family to take advantage of offshore advantages. At the very least, you should hold a portion of your assets offshore—just in case.

So-called “patriotism” does not require us to commit financial suicide when there are reasonable escape exits to better places.

For these good reasons—and for self-interest as well—none of us can afford to be xenophobic in this 21st century.

There’s a whole wide world out there—offshore—and you need only recognize that fact and act upon it.

Editor’s note: In his bestselling guide to the offshore world, former U.S. congressmen and legal expert, Bob Bauman, tells you much more about how the right offshore strategy could benefit you. He’ll share more about how and where you could get a second passport…where the best offshore havens in the world are today…and how going offshore could help to protect your financial freedom and privacy. Learn more here.