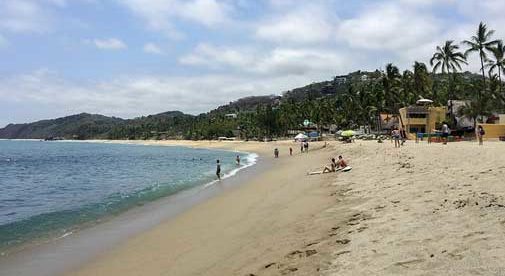 When I talk to folks at International Living conferences, I usually ask if they’ve figured out which overseas destination they’re planning to move to. Many haven’t…they’re just exploring their options before they make their plans to retire.

You may be in the same situation. However, if you’re leaning towards a Latin American country you really need to learn some Spanish. Imagine how much more you could get out of your new home overseas if you understood the language. New friendships, activities, a fresh new way of looking at life…all of these and more could be on the tip of your tongue…

But here’s the cool part…you don’t have to learn tenses or be able to read Spanish literature. You just need enough to get by.

For over 20 years, I’ve been teaching Spanish to expats. Folks just like you and me who would prefer to relax and not have to work at stuff. So, in the spirit of empathy and practicality, I’ve developed a course and a system of learning that works for us. It is simple, direct, fun, and everyone succeeds…no matter what your age.

Even knowing a little Spanish, can have amazing benefits. Over the years I have seen remarkable examples of people who have expanded themselves, reinvented themselves, and done things that they would never have imagined…just using the little Spanish they learned in my lessons.

Get started before you arrive, and you’ll be prepared to hit the ground running, like one of my students Gloria Goelke is doing.

Gloria, who is retired, lives in central Iowa. She is planning to spend her winters in a Spanish-speaking country (although she hasn’t decided which one yet).

With few Spanish-speaking people living in her community there’s no opportunity to try out the basic language skills she already has. After studying the first level of my Spanish program she tells me she finally understands how to form sentences, questions, and answers. With her new-found confidence she can’t wait to explore Mexico and other Latin countries to try out her Spanish.

I suggest to anyone considering a move to Latin America to get started on your Spanish now—before you go—so that you will have skills you can practice once you arrive. Once you are there, it will be too late to start. Put the cart before the horse.

The Easy Way to Learn Spanish