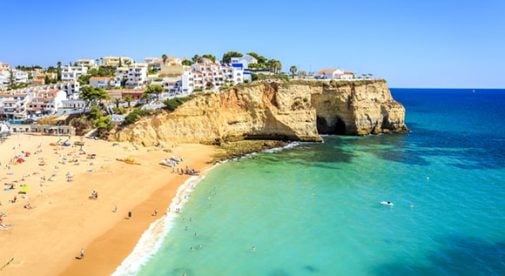 The window to get a European Golden Visa could be closing.

To remind you, a “Golden Visa” is a path to full time residency through investment, which allows folks to gain residency, and sometimes citizenship, through purchasing real estate or other assets within a country.

Now, following a recent scandal surrounding Cyprus’ Golden Visa, Europe are stepping up the pressure on other European countries too.

That means we might have very limited time left to take full advantage of the best Golden Visa in Europe…at least in its current form.

Portugal’s Golden Visa has been one of the continent’s most successful Golden Visa programs. It played no small part in Portugal’s economic recovery following the Great Recession. Since it was launched in 2012, it has attracted nearly €6 billion in direct overseas investment, with nearly €5 billion of that attributed to real estate investment.

Almost 8,000 people have taken advantage of the program to date.

However, earlier this year, due to EU pressure and some in-country backlash from socialist leaders, Portugal proposed a change that would remove Golden Visa eligibility from property purchases in Lisbon, Porto, and other high-density areas.

That proposal was curbed in June due to the COVID-19 crisis and the economic imperative to attract foreign investment.

Now, the Portuguese authorities have entered talks once again to decide whether to pass this legislation in early 2021.

It looks like it may happen. Meaning there’s just a short time left to take full advantage of Portugal’s Golden Visa.

The clock is ticking on our Golden Visa opportunity in Portugal…

But whether it happens or not, this is an unmissable time to buy in Portugal…

As I explained yesterday, money has never been so cheap. In Europe interest rates are at an all-time low. On my scouting trip to Portugal, I quoted mortgage rates of between 1% and 1.5%.

In the case of bank repo properties, you can often buy with 100% financing.

Adding to this, we’re in a moment that’s drumming up some exceptional deals…

Soon, I’ll be bringing Real Estate Trend Alert members the full low-down from my month-long trip in their monthly issue of RETA.

I’ve covered thousands of miles, from the Algarve in the south to the northern city of Porto. I made offers on two properties, found awesome bank fire-sales, incredible “overlooked and unloved” real estate, and I’ve negotiated a RETA deal in the Algarve’s most historic town.

I also dug around for stunning bargain boltholes in the country for under $100,000. And I’ve pounded the pavement in Lisbon, looking for signs of an impending crash…and ways we can profit.

It won’t be my last scouting trip in Portugal, but it may be the last time I’m there while Portugal’s superb Golden Visa is still intact.

How does age affect getting a mortgage?

Question from Kyle: Many of your excellent European country reports mention mortgages with low interest rates. I have heard that mortgages are often time-limited and based on your ability to repay and that clearly affects 60+ year olds, as life expectancy is not what 35-year olds have. Can you comment on that?

Ronan’s response: Hi Kyle. Yes, age does play a factor. In Portugal for instance, most mortgages run for 25 to 30 years, but if you’re over 60 you might require a shorter term. However, you should still be able to qualify for a mortgage with most banks up to 70 years old, and with some banks as far as 80 years old.

There are other options too. Some older folks team up with a friend or family member to allow them to jointly buy with a longer-term mortgage. Of course, if you do this you should make sure that whatever arrangement you make is clear and legal.

Another option is to supplement your mortgage in Europe with a line of credit against an asset in the U.S. This would allow you to get a smaller mortgage…one you can pay off within the term period.

In the current climate, banks can be very flexible. For instance, of the RETA members who got in on a recent deal in Spain, the majority have attained mortgage approval.

Would You Live in a Murder House?

The Single Best Way to Profit in Real Estate