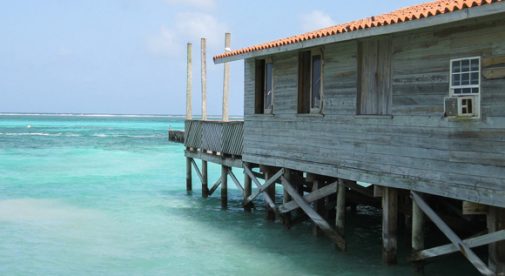 Pros of Living on a Caribbean Island

Cons of Living on a Caribbean Island

Southwest Airlines (SW) changed the airline game in Belize when it began offering reasonably priced round-trip tickets for flights between Belize and Texas in late 2015. Now SW is adding more flights and expanding their reach. This is a good thing for all of us, as they continue to put downward price pressure on the other airlines that fly to Belize.

As of tomorrow (March 11), Southwest will offer direct flights between Denver and Belize. And this June, SW will initiate flights between Belize and Fort Lauderdale. Their clients will be able to fly from Fort Lauderdale to East Coast cities such as Baltimore, New York, Atlanta, Orlando, Tampa, and Washington DC.

Initially the flight from Fort Lauderdale to Belize is being offered for $79 each way on their website. See here for more details. That’s an unbelievably low cost to fly between Belize and Florida.

Important Changes for Expats in Belize

2017 has already started with some new developments in Belize. Changes to banking and the property buying process have been causing confusion. I’ll make sure to keep you updated as we get more detailed information, but here’s what we know so far.

Will Belize’s currency be devalued?

There have been predictions during the last year, in local business articles in Belize, that the Belize dollar will soon be devalued against the U.S. dollar. Belize faces a daunting increase in payments coming, due to their debt bondholders starting during February 2017. These increased payments are projected to bring the U.S. dollar reserves at the Central Bank below a critical threshold level.

The long established 2/1 $BZ/U.S. dollar ratio might change to 3/1, or 4/1. Or the Belize dollar may be allowed to float. It’s not clear how this type of devaluation will impact real estate in Belize. Since most real estate is sold in U.S. dollars, between expats, the impact may be nominal. But it is expected that the cost of products in Belize could increase if the Belize currency is devalued.

Every property sold in Belize to a foreigner must now be reviewed and approved by the Central Bank. Lawyers have told me that this requirement has been in place for years, but has only recently been enforced by the Lands Department. Expats can still legally own property in Belize, but must go through a review process before going through with a purchase.

However, Central Bank did not staff up to meet the demand of this more rigorous process and this has caused delays in property sales and titles. So, if you do plan to buy property in Belize this year, assume that the entire process will take four months longer than usual due to the backlog for approvals at the Central Bank.

In recent months, there have been changes to the process of opening a domestic bank account in Belize. Now, you must obtain QRP residence status or become a permanent resident to open an account. This may not affect day-to-day banking so much, as you can still withdraw funds from your North American account at local ATMs. But if you need to pay utility bills you’ll need to do so either at their offices or at a bank.

The above three relevant issues may improve, or be resolved, during this year. But there are no guarantees. My advice is that if you’re planning on moving to Belize, you rent initially and wait to see how these issues shake out.