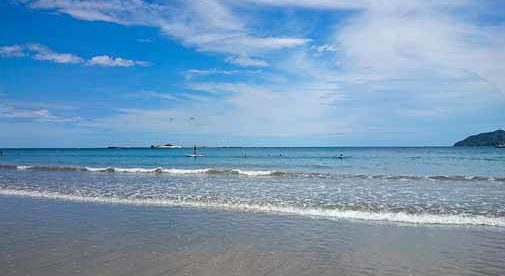 You’ve probably heard that living in Costa Rica is like living in Paradise, Nirvana, Utopia; heck, I’ve even said it myself. And living in Costa Rica is awesome—but living here is not like vacationing here. It’s not all drinks on the beach and the high-life at the pool. I mean, real life has to go on, right? So what are some of the things that make living here special, and why do so many of us keep saying it’s like living just this side of Shangri-La?

The kindness of Costa Ricans. That warm-heartedness harkens back to a gentler time. Every conversation begins with asking how you are, and it’s not just an empty greeting—they are really asking. They are more than willing to help at any time. Once I had to dig my car out of the mud…at night…in the pouring rain. A couple of unknown passersby dropped their umbrellas, picked up shovels, and began helping me. To us, they seem to do what is above and beyond—for them, it’s just normal life.

Costa Rica is a melting pot of peoples. It’s not just North Americans who find Costa Rica attractive. It has always been a popular place for people to move to. As a result, you’ll find people here from all over the globe. Europe, Asia, the Caribbean, and of course, the America to the North. That diversity, along with the natural kindness of the Costa Ricans, makes for a very tolerant society.

What would a description of living here be like if I didn’t include a bit about the national slogan: Pura Vida? The laidback attitudes of Pura Vida are one of the major draws of the country. The notions of slowing down to enjoy life, working in order to live (instead of living in order to work), and letting things just roll off your back are probably why ticos (Costa Ricans) are among the happiest and healthiest folks on the planet. But living in “Puravidaville” all the time can be frustrating for North Americans. When now means later and tomorrow means someday, you can get a little exasperated. But remember, you moved here to get away from the rat race—so adopt and adapt.

Many folks are intrigued by the lower cost of living. The freshest fruits and vegetables—true farm-to-table goodies—cost a fraction of what you’re used to. Utilities are cheap. Taxes are low. The services of a maid, a gardener, or other workers, are luxuries that most of us couldn’t afford before. But here they can be as low as $20 per day. Healthcare is also a fantastic deal and of high quality.

A word of caution here: if your only motive for moving here is cheap living, you probably aren’t moving for the right reason. Costa Rica is one of the more expensive Central American countries, but I encourage you to remember the old saying: “You get what you pay for.”

Most people who have landed in Costa Rica for the long haul agree with Columbus— that we’ve landed on the “Rich Coast.” But the riches are not found in gold and jewels—they are embedded in a culture of tolerance, diversity, kindness, and tropical beauty.

There are ups and downs to living in a new country that has its own perspectives on life. But for me, I say: “Move over Valhalla, Avalon, and the Elysian Fields—I’ve got Costa Rica.”

Everything you Need to Know About Living in Costa Rica