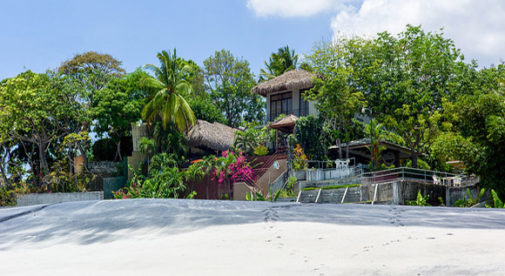 Cynthia West bounced through the door vibrating with the news she was about to tell her husband Robert. He listened with mounting glee as she explained her medical company’s plan to inject some younger blood into the workforce. They were offering an early retirement package—one that would give Cynthia “an avenue of escape” from her high stress, 10-hour-a-day job in Silicon Valley. She grabbed the opportunity.

Though Robert, 62, was working part-time as an engineering design consultant at the time, he was just as eager to drop everything and escape to the home they had bought in Panama in 2005.

Panama, for the Wests, had beaten out some stiff competition to be their retirement destination. The couple had put a lot of thought into where they would live in retirement. Robert’s work had taken him all over the world allowing them to explore potential retirement places, so they had considered France and Tahiti, both of which they loved; France, however, was far too expensive, and Tahiti was far too hot for them.

But since they began visiting Panama in 2003, they became more and more convinced that this was to be their retirement home.

It fit exactly what they wanted out of a retirement destination. They were “looking for a warmer climate, with a swimming pool,” they explain, and, adds Robert, “somewhere that the climate suits our clothes: shorts, tank top and flip-flops.

So, in 2005, they bought their large, sun-filled three-bedroom condominium with glorious views of the Pacific Ocean and the sparkling sands of Playa Blanca, located in an all-inclusive resort and condominium complex next to Farallon and Santa Clara beach, on the Azuero Peninsula.

The resort they bought their condo in has all the usual amenities and what must be the country’s largest salt water pool (known as the lagoon).

The beach is one of the nicest in the area, good for swimming, water sports and body boarding.

They decided on this location because of its closeness to Panama City (less than two hours away) and the new Scarlett Martinez airport in nearby Rio Hato. They realized that they could recreate a lifestyle they were used to here: they were familiar with the country and the people and never felt threatened. The ultimate goal was to be able to split their time between the beach and a home they planned to build on a lot they acquired in the mountains.

But, like many others, the crash of 2008 forced them to postpone their retirement plans. They visited as often as they could and dreamed of the day when they could move permanently to Panama.

Cynthia’s early retirement package allowed them to do exactly that. They moved to Playa Blanca in February 2013, and have since decided that the beach is where they want to be full time. They are now selling their San Francisco Bay home and their mountain lot.

These days, they live very well on about $2,500 a month. That budget includes the necessities, like HOA dues, groceries, and an average electricity bill of $60 a month, as well as regularly going out for dinner, seeing a doctor or dentist whenever needed, and enjoying the occasional “splurge” of staying in Panama City overnight.

They also get huge satisfaction from sponsoring two local school children. “Knowing that we are helping them get a higher education and brighter future for only $30 a month is priceless,” says Robert.

But it’s not just the lower cost of living that the couple appreciates. Here, they’ve managed to cut out the stress of their lives in California. Sitting in the shade of their balcony, Cynthia, now 59, explains, “We have our own pool and yard, with none of the work; we are friends with the staff [who work at the resort] and have a busier social life than back home.”

Not that learning to relax comes easy to every new expat. “We’re indoctrinated into being work drones [in the U.S.],” Cynthia says. “We ‘gringos’ are way too uptight. It took me six months to learn how to relax.”

Many of their family and friends, inspired by their new lifestyle, have visited and some are seriously considering retiring here too. For anyone else who is planning to follow in their footsteps, the Wests have some advice: “Live here for at least six months, do your research in advance and commit to being part of the community.”

Their life today is a far cry from the one they left behind. Instead of spending their days tracking projects, costs, and man-hours in the corporate world, they’ve slowed down completely.

They still have busy and full days, but only spend time on what interests them, whether stargazing from the rooftop terrace, hunting for shells on the beach, or pursuing their passion for art.