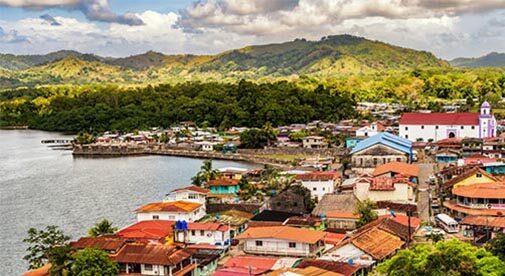 Much has been written about the Pacific side of Panama, and deservedly so. Surprisingly though, this is not the case with the vibrant yet laidback Caribbean side.

The historic town of Portobelo is a prime example. Located in Colon province in the northern part of the isthmus it is lush with forests, rivers, beaches, and coral reefs side by side with ancient Spanish forts and ruins dating back to when Portobelo was the greatest Spanish port in Central America.

Portobelo is a UNESCO World Heritage Site and a treasure trove for history buffs. It is the site of the relics of two stone fortresses in use during the glory days of the thriving sea trade. Throughout the 16th to 18th centuries seagoing vessels carried gold from Peru and treasures from the Orient to this area, where mules carried the precious cargo to Panama City.

English privateers such as the infamous Sir Henry Morgan tried their best to raze these fortresses but thankfully today, enough of them remain to allow visitors to imagine the excitement and danger of life back then.

Traditionally, the estimated four thousand residents eked out a living by fishing, tending crops, or raising livestock but now, an economic depression that has been endured for many years is lifting. This is due to a cultural revival, with the exciting new interest in Congo art, music called punta, or reggae as we know it, and traditional Congo dances.

As well as history and culture, there is plenty of outdoor activities to enjoy, too.

Here is a list of the top things to do when you visit Portobelo for the first time.

1. Celebrate the Festival of the Black Christ

The most popular event held in Portobelo every year on October 21, is the Festival de Cristo Negro or Black Christ Festival. To celebrate this event thousands of pilgrims flock to Iglesia de San Felipe church, where they demonstrate their devotion to a black wooden effigy of Christ, which was found on the shores of the town’s harbor, and is ceremoniously carried through the streets. The event dates back to 1814. Also known as the Nazareno, this wooden statue is the most revered religious figure in the area.  The true origin of the Black Christ is unknown as it was discovered by a black slave who was fishing at the water’s edge and noticed the wrapped bundle floating by.

During the festivities, the altar is adorned with gold images depicting emblems of the crucifixion including nails, and even the dice used by the Roman soldiers to win his robe.

At this time pilgrims hike for literally miles to reach their destination of Portobelo, wearing ceremonial robes.  The most devout crawl the final mile to the church to show their reverence. The Black Christ statue has its clothing changed and it is carried on the backs of the faithful, imitating the distance it was originally dragged from the sea. It is then returned to the church at midnight.

Discover their African legacy with a visit to the Casa de la Cultura Congo which is an open public space providing informative workshops and the creation of stunning arts and crafts. Their mission is to honor and exalt their colonial Latin and African legacy. 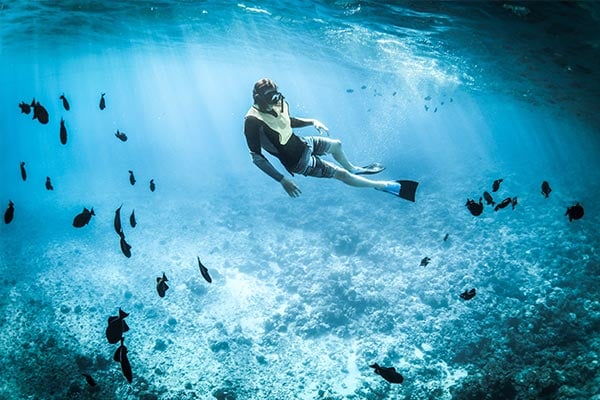 Take a dip or scuba dive at one of the beaches along the coast or on the nearby islands of Mamey and Isla Grande. Isle Grande, (which means “big island,” although it is quite small) is less than 10 miles from Portobelo by water and hasseveral modest hotels and restaurants.

Visitors to Portobelo will appreciate and savor a vibrant Caribbean flair, from the rich food culture.

Restaurants are quite plentiful in the area for the size of the town. Restaurant Pizzeria Don Quijote is very popular and boasts “best pizza in Panama.” It is also a bakery (panaderia) with delicious pastries and excellent food.

Hotels, hostels, and bed and breakfasts are available, as well as several quaint and enjoyable restaurants. Casa Congo is a small but lovely hotel on the water which also contains an authentic and delicious seafood restaurant. The price is in the vicinity of $120 per night.

5. Take in Some Traditional Dance

Make sure to check out some traditional Congo dance when you are in Portobelo. The colorful and expressive dance has been passed on from generation to generation, meaning the Afro-Panamanian legacy is very much alive, today.

When first approaching Portobelo you will spot Fuerte Santiago or the “reef rock” as referred to by the Spanish.  Having walls of cut coral three meters thick, the ruins include officers’ quarters, watch towers, and artillery sheds.

The larger fort is Fuerte San Jeronimo and was built to protect the harbor from pirate invasion.  Eighteen ominous cannon embrasures face the bay, making their message clear.

Transportation from Panama City consists of three options—bus, taxi, or rental car. Bus fares are very reasonable as well as plentiful. The trip takes approximately two-and-a-half hours, including a 20-minute transfer. Taxis cost from $35 to $50 and take about under 90 minutes. Rental cars are readily available.

The people are friendly and accommodating, jolly, and colorful in Portobello.  The area is very safe, if the usual tourist precautions are adhered to.  One caution I would express is that nearby Colon City is not known for its safety and should probably be avoided. Every country has its good and bad areas, and unfortunately, this tiny city has one of the highest incidences of crime in the nation. (Note that I’m talking about the capital of the province of Colón, Colón City, not the province as a whole.)

Whether you visit for a day, a week, or even longer boredom will never be an issue in this vibrant Caribbean hotspot.