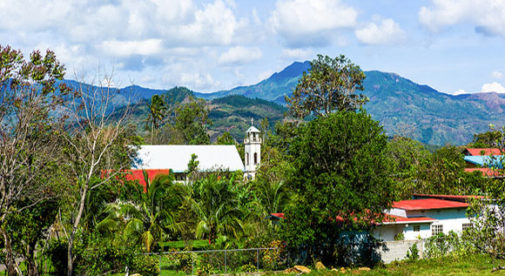 People come to live in Panama for lots of reasons. It’s one of the world’s best destinations for retirees, and if you’re keen on running your own business, it’s got much to offer. But if your dream is to establish a winery, then most folks will tell you to look elsewhere.

David Feinstein and Kersti Landeck are not most folks. “Although grapes do not grow in Panama’s tropical climate, there is an abundance of fruits and it’s very exciting to work with them,” says David. “I’d been making wine as a hobby for 30 years in Oregon and intended to open a winery there, but the bureaucratic hurdles were too high,” he explains.

David’s decision to leave the U.S. in 2009 was motivated by numerous factors, among them the political environment, regulatory obstacles, the high cost of living, and health considerations. His list of criteria for a new home included warm weather, a rural but not isolated location, and green space for gardening and enjoying the outdoors. He was looking for property where he could establish a winery and easily get his product to market. He found what he was looking for in Potrerillos, in the highlands of the Chiriquí province of Panama.

“It was not exactly what I was looking for but was so beautiful, it had to be,” says David. At an elevation of 3,300 feet, the house has spectacular views of the Pacific Ocean and Barú volcano.

“We have 1.5 acres situated on a ridge top that was once part of an orange grove. After clearing and leveling the peak, we have a fantastic panoramic view from the slopes of the volcano to the lowlands of the coast.”

The small house needed a lot of work. “I slept in a hammock on the front porch for six months while I did repairs. I bought a generator and installed solar panels,” David says.

While far from luxurious, the couple’s country home is comfortable, but it’s the setting that matters most to them. David has planted over a hundred trees of many varieties, and he says, “We have abundant birds, butterflies, and small wildlife which are important to us.”

It was more of a stretch for Kersti to make the move. “I’m a Swede and I love the cold and never even considered the tropics as a place to live,” she says. Family responsibilities kept her in Oregon. “Then I took a vacation to see what it was all about, and that was all it took.”

Now David and Kersti own and operate Cameo Wines of Panama, a small winery “specializing in collector-edition exotic wines” that are all-natural and chemical-free. Using their savings and capital from a few U.S. investors, they have set up a wine production facility at their home, where they ferment and bottle 55- to 100-gallon batches of fruit wines.

Mangos, passion fruit, pineapples, blackberries, bananas, and oranges are among the fruits used to make their artisanal wines.

“Breaking into the Panamanian market has turned out to be far more challenging than we ever thought it would be,” David says. “Bring lots of cash and expect plenty of disappointment. All start-up businesses take time to get established, and a winery, in particular, takes several years. But with perseverance and hard work, it pays off.”

In fact, in only four years David and Kersti have established a growing enterprise, with increasing sales and distribution of their product. They have also set the stage for future endeavors. “We are now accessing the marketplace in a professional manner, our sales continue to rise, and our new vintages promise to put us on the map,” says David.

They sell their wine at local community and flea markets, in natural food stores, resorts, and restaurants, and they host wine tastings. Bottles or cases can also be shipped anywhere in Panama. Their goal is to support themselves and their workers, and repay their investors. At present they employ a winery assistant and a sales representative.

Despite some setbacks, David and Kersti are in Potrerillos to stay. Compared to life in the U.S., “the general environment is much more laid-back,” David says. “The air is clean and government intrusion is at a minimum. The cost of living is definitely lower. And it’s nice to look out from our land and see the Pacific Ocean, 35 miles away.”