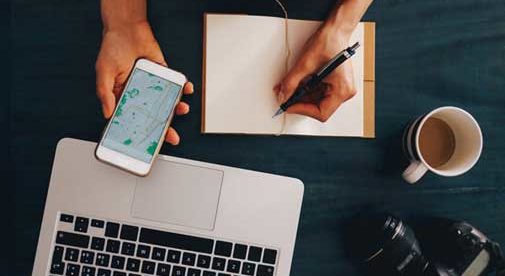 Since May 2015, I have taken 45 flights through 17 different airports in nine countries. Though this pales when compared to some of my globetrotting friends, I find it pretty impressive for a 49-year-old who, prior to landing in Istanbul on April 10 that year, didn’t have a single stamp in a five-year-old passport. Well over 80% of those flights were taken solo, too.

Beginning with my flight to Istanbul, I have used a website called Momondo to book all my flights. Rarely have I been disappointed in the price I was able to secure, even though several of my tickets were purchased with fairly short notice.

I have also become very adept with the “one carry-on technique.” This trick maximizes your carry-on allowance by taking one carry-on suitcase and a backpack. On my first attempt it went so well that in all my trips since, I have used this technique. It prevents lost luggage and speeds up check-in times.

The only downside that I found in only having a carry-on bag was that everything has to be able to pass the pre-boarding security checks, which of course are very inconsistent in their standards. My most infuriating “confiscation” was a tube of toothpaste that had been through eight different security checks but failed the very last one on my flight back to the Greek island of Samos from Athens.

Along with the mode of travel, accommodation is a big issue for those of us traveling alone. This aspect of traveling can be even more costly and intimidating than transportation. There are two ways that I have successfully limited the cost of a bed with a roof over my head. One has been used for nearly 100 years and the other is a fairly recent phenomenon.

Back in the 1930s, youth hostels became a way for college-aged kids to travel on a budget. But they’re not just for backpackers—us older folks shouldn’t overlook them. I decided to give a hostel a try during a trip to Puerto Rico. Without calling ahead, I walked into San Juan’s Palace Hostel and found they had a room available. On Google, the rooms were listed from $16 and up, but they only charged me $12 per night since I took a bunk in one of the dorm rooms. They let me leave my bag in the staff office where it would be safe so I was able to wander the streets of San Juan unencumbered. Sure, the showers weren’t fancy, the beds were basic, and I did have one other guy staying in the dorm room, but I slept well both nights.

The second way to save money on accommodations is “couch surfing.” Also popular with younger people, the concept behind this unique form of social networking is travelers connecting with hosts through profiles on couch surfing websites and each offering an exchange of cultural experiences rather than money.

In Ft. Lauderdale, Florida, I stayed with a 78-year-old gentleman who started hosting so he wouldn’t get into a rut in his life. My host in Puerto Rico was a 33-year-old Austrian project manager for Lufthansa Technik, who had hosted over 150 surfers in the two years that he was working in Aguilera. One night that I was there, he had nine surfers in his four-bedroom house. In Paris, my host was a 30-year-old executive secretary who was in between jobs and wanted to return the hospitality she had been shown when visiting the U.S. the previous year.

My hosts and I traded travel stories, shared meals, and went sightseeing together. Friendships were made through the process and I had more help coordinating my travels in their prospective cities than I normally get from hotels. And I didn’t pay a cent.

One of the most unique elements of this way of travel is the rating system that the website uses. Never once did I walk into a Holiday Inn and think of how I could impress the front desk clerk. However, knowing that one bad review for a new surfer or host could eliminate any future in the program, I was very concerned about making a good impression on these folks who were allowing me to stay in their homes.

Traveling solo can be fun, even on a tight budget and the alternative, not traveling because you are alone, is just not an acceptable scenario in my opinion. So, whether you are divorced, unmarried, widowed, or just have a partner who doesn’t like to travel as much as you, I encourage you to get out there and see this incredible world we live in. You are not too young or too old and don’t let being by yourself be your excuse.